Ideas
By Kai Ma
Kai Ma is a writer, journalist and editor. She is the former editor-in-chief of KoreAm, an indie monthly for which she earned the national New America Media Award for Best In-Depth and Investigative Reporting for her feature story on gay marriage and the Asian-American vote. The views expressed are solely her own.

North Korea—particularly the Kim regime—has long been a goldmine for laughs, ripe for a comedic take. Comedian Andy Borowitz has racked up 273,000 followers channeling Kim Jong-un on Twitter with jokes that parody North Korean news. A recent tweet: “You mess with N Korea’s Internet, you mess with me, coz I’m the only one here who has Internet.” Borowitz isn’t the only one to draw content from Pyongyang. Long before North Korea’s entry into the axis of evil, ripping on the Kim dictatorship had become commonplace; it was easy, a comic release for situations—be it famine or labor camps or weapons—that nobody found very funny.

The most recent example: comedienne Margaret Cho’s running gag at the Golden Globes on Sunday. Uniformed as a pop-culture-savvy Army General, Cho mocked North Korea as her vermilion upside-down mouth spewed broken English. The reaction was split: viewers clamoring over how her performance was either hilarious or another recycled, racist routine.

Cho has played the late Kim Jong-il on 30 Rock, which earned her an Emmy nomination (Amy Poehler has, too, for Saturday Night Live). Was it racist? Eh. I say that because racism in any art form has always been conditional and based on audience and context, as well as the white, male gaze. Put Cho, donned in military gear, goose-stepping, stern and accented, in front of a Korean American or immigrant audience. Feels different—maybe even funny. Put that same skit in front of a non-Asian audience for an awards show where Asian Americans have historically been absent as nominees or presenters or even guests, but where the one Asian American was assigned not as herself, but as a perennial stereotype. Things got uncomfortable. Cho was invited for the sole purpose of making fun of the North Korean government in light of the alleged Sony hack, while a backdrop of white celebrities laughed.

Some background: Twenty years ago, Margaret Cho headlined All-American Girl, the first U.S. sitcom to feature an Asian-American family; we haven’t seen an Asian-American family in television situation comedy since, but will next month in ABC’s Fresh Off the Boat, starring Randall Park, who also portrayed Kim Jong-un in The Interview. The reactions to Cho’s Sunday performance capture a sliver of her unique role as a breakthrough Asian American artist that employs outrageous racial content: she has been applauded for dramatically pushing back racial barriers during her career, while also being accused of racism throughout it.

It’s the extra burden placed on women and comedians of color. White, heterosexual male comedians don’t have to carry the responsibility of representation. They are free to go for the laughs and contribute as culture makers, no matter how juvenile or unfunny or offensive the joke may be. There is no expectation that their jokes represent a monolith. There is no backlash if a joke about white, straight men misfires. On Sunday, the three comics—one Korean, all women—took risks. The Cosby rape joke. North Korea. The reception was heated and torn because there are restrictions, people believe, on what they can say, especially as women, and for Cho, as a woman of color. But that wasn’t why Cho flopped in my eyes. It didn’t work because the joke didn’t belong at the Golden Globes, where Asian Americans are virtually absent, and not for the lack of talent, but for the lack of roles that present us within a spectrum of humanity.

Cho’s supporters would disagree, likely arguing that her skit was nuanced, sophisticated, that is, satire. But Cho’s skit is only that when we erase the history of minstrelsy, if we consume her through a false prism where marginalized groups are afforded multi-dimensional representations in pop culture and beyond. Within that prism, we would “lighten up,” laugh.

Despite what happened on Sunday, I remain an avid fan of Margaret Cho. Her pioneering I’m The One That I Want is one of most notable, and brave, performances to deeply explore racialized sexism in Hollywood. And her endearing portrayal of her mother reminded me, and probably every other Korean watching, of our own immigrant matriarchs—their cultural missteps and reservoir of love. Yet I am acutely aware that when Cho viciously makes fun of her mom—and yes, she’s very funny when she does—the reason I am laughing is different than why non-Asians are. I am touched or humored by the closeness I feel to Cho’s portrayal of her mom; non-Asians, or non-immigrants, are amused because there is distance between them and the foreign Other. This isn’t to say they are laughing, menacingly or inappropriately, at Cho and her family. But it is humorous because it is unfamiliar. Bizarre and weird. Like Kim.

Kai Ma is a writer, journalist and editor. She is the former editor-in-chief of KoreAm, an indie monthly for which she earned the national New America Media Award for Best In-Depth and Investigative Reporting for her feature story on gay marriage and the Asian-American vote. The views expressed are solely her own. 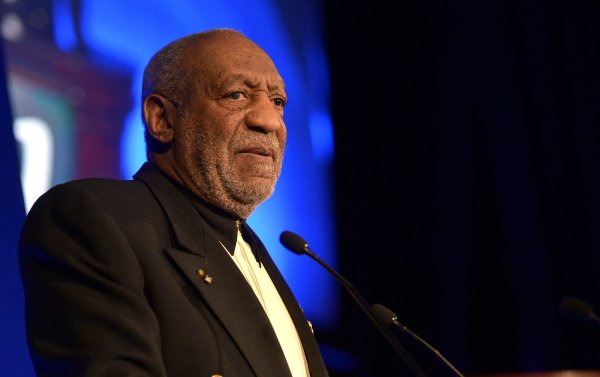 Why Black Women Are Jumping to Bill Cosby's Defense--and Why They Should Stop
Next Up: Editor's Pick