In a video featuring Aubrey Plaza from “Parks and Rec” doing Super Bowl commercial-y things like petting a cute dog and doing some farming, Newcastle asks for help to raise the almost $4.5 million it costs for 30 seconds of airtime and offers screen space to any brands that want to participate.

Whatever your opinion of Newcastle beer might be, their attitude toward Super Bowl advertising the last couple years has been spot-on. Last year’s viral spot featuring Anna Kendrick made great use of the fact that no one is even allowed to use the words Super Bowl unless they are willing to pay the massive fees. And the cost of an ad has more than doubled since the Rams played the Titans in 2000, and we’re totally in favor of pointing that out.

It’s also worth noting that this campaign does seem to be for real. Heineken, which owns Newcastle, said they are currently looking for partners to share ads with during the game and fully plan to make and air them in local markets if the interest is there.

Even if they don’t get anyone else to sign on, it’s already the best beer commercial of the Super Bowl season so far.

This article originally appeared on FWx.com. 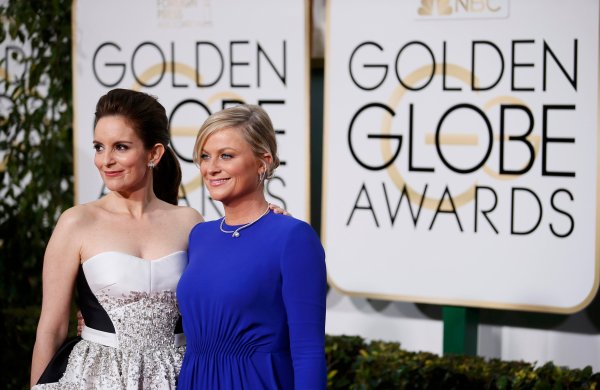 Tina and Amy Just Showed Us the Right Way To Make a Rape Joke
Next Up: Editor's Pick