Did you bet on the Ohio State-Oregon game? Did you lose? Cheer up: We wager your loss wasn’t anywhere near as bad as Ashley Furniture’s.

The Ohio chain made a perhaps-ill-advised promise to write off purchases of $1,999 or more from Dec. 17-30 if the Buckeyes beat Alabama and then went on to win the national championship by at least seven points.

Admittedly, it was a long shot: Alabama was the No. 1 seed, and even fewer people predicted the Buckeyes overrunning Oregon 42-20 on Monday.

The promotion was in place at stores in Columbus, Cincinnati, Dayton and Florence, Kentucky. Over 500 people made purchases that totaled $1.5 million, according to parent company Morris Home Furnishings’ vice president of marketing, Rob Klaben.

“We did work with a third-party company that underwrote the promotion. So we’re excited to see a win,” Klaben told ABC News.

But he added – in the first great understatement of 2015 – “It’s not inexpensive to have this kind of promotion.” 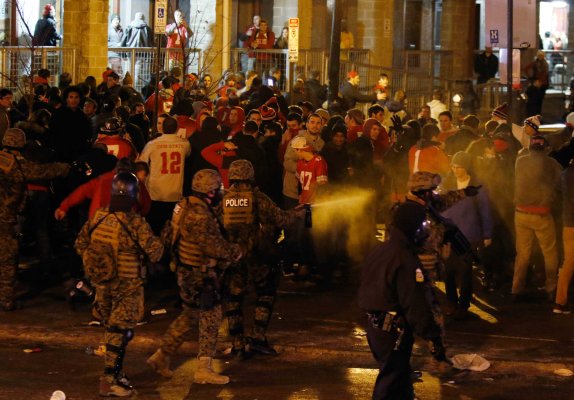 Police Use Tear Gas on Rowdy Ohio State Fans
Next Up: Editor's Pick