Ebola Epidemic May End by June 2015 In Liberia

Understanding the ebb and flow of the Ebola outbreak that erupted in West Africa last year—and continues to percolate in the three hardest hit countries—is critical to stopping it. That means knowing who’s getting infected, where the highest rates of transmission are occurring and which strategies work best to control its spread.

Scientists initially thought that even if almost every infected person could be hospitalized, it wouldn’t stop the rapid spread of the Ebola virus for months to come. But researchers in the U.S. are now predicting in the journal PLOS Biology that the epidemic in Liberia, which at one point had the biggest explosion in Ebola cases, could peter out by June 2015.

MORE: TIME Person of the Year: The Ebola Fighters

In coming up with their predictive models, the researchers, led by John Drake University of Georgia, took into account data from previous outbreaks of Ebola, as well as probabilities about infection rates among healthcare workers, family members of the infected and those who are exposed to the virus during burials.

In order for Liberia’s Ebola outbreak to end, new hospital beds would have to be added at the same current rate (300 were provided between July and September 2014), the study authors concluded. That would allow 85% of infected patients to be treated with the nutritional and hydration therapy that is critical to overcome the infection. If new beds aren’t continually added, then hospitalization rates could drop back down to 70%, and cases may start to outpace public health workers’ ability to contain the disease.

Burial practices need to change as well. Cultural norms include touching the bodies of the deceased, which spreads the Ebola virus in a community. Safer burial practices, in which infected patients are isolated from healthy people, are keeping transmission levels under control, the authors say.

MORE: Ebola Vaccine Is Safe and Effective, According to First Study

The key to reducing the number of Liberia’s Ebola cases by summer is ensuring that anyone who is sick is hospitalized. “These modeling exercises suggested that in the absence of rapid hospitalization of most cases, none of the proposed scenarios for increasing hospital capacity would have been likely to achieve containment,” the authors write. “Continuing on the path to elimination will require sustained watchfulness and individual willingness to be treated.” 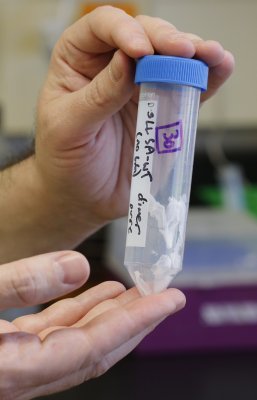 Clinical Trial for Ebola Drug Starts in Liberia
Next Up: Editor's Pick