Huckabee Knocks the Obamas for Encouraging Their Daughters to Like Beyoncé

First, it was Beyoncé and Jay Z up for scolding by conservative Republican Mike Huckabee. Now it’s Barack and Michelle Obama‘s turn.

In an interview about his new book, God, Guns, Grits and Gravy, Huckabee tells PEOPLE he doesn’t get how the Obamas can encourage their daughters’ love for Beyoncé. Especially, the former Arkansas governor and Baptist minister says, if the president and first lady ever actually listened to the lyrics to – or seen a performance of Beyoncé’s steamy “Drunk in Love.”

The Obamas “are excellent and exemplary parents in many ways,” Huckabee says.

“That’s the whole point. I don’t understand how on one hand they can be such doting parents and so careful about the intake of everything – how much broccoli they eat and where they go to school and making sure they’re kind of sheltered and shielded from so many things – and yet they don’t see anything that might not be suitable for either a preteen or a teen in some of the lyrical content and choreography of Beyoncé, who has sort of a regular key to the door” of the White House.

Beyoncé, Jay Z and their daughter, Blue Ivy, were at the White House last January for Mrs. Obama’s exclusive 50th birthday bash and the first lady has taken her girls to several Beyoncé concerts.

The singer, criticized in Huckabee’s book for “obnoxious and toxic mental poison in the form of song lyrics” and dance moves “best left for the privacy of her bedroom,” was also featured prominently at the president’s second Inauguration in 2013.

The first lady’s office had no response to Huckabee’s comments.

This article originally appeared on People.com, read the whole story at People. 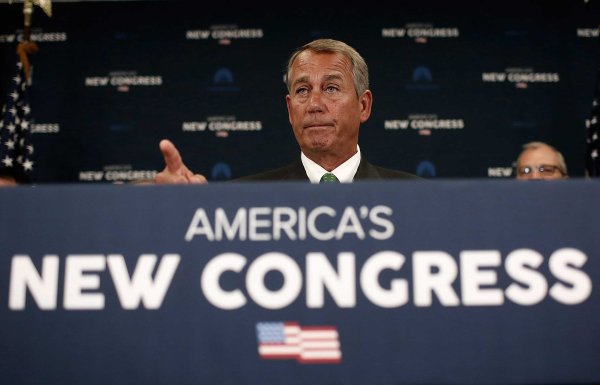