If you were wondering what Amazon was going to do to follow up its Golden Globes success with Transparent, wonder no more: Tuesday morning, Amazon Studios announced that Woody Allen will create his first TV series ever for it.

We know very little about the series itself, except that Allen will both write and direct it, and episodes will be a half hour. There’s no title–it’s going by Untitled Woody Allen Project–no date, and Allen himself says in the release: “I don’t know how I got into this. I have no ideas and I’m not sure where to begin. My guess is that Roy Price [VP of Amazon Studios] will regret this.” Maybe it will be a drama, maybe it will be, to paraphrase Stardust Memories, like his earlier, funnier films.

But a few things we can say:

The stigma of “slumming” in TV is pretty much gone. Maybe it didn’t need to be said at this point, with directors from Steven Soderbergh to Lena Dunham to David Fincher making TV—and making it hands-on, not just slapping their names on a project as producers. (And some of today’s TV auteurs, like Dunham and Louis C.K., have Allen among their influences.) If Allen is eager to work in the medium too, what directors are left who wouldn’t? Has anyone signed up Terrence Malick?

Streaming TV continues to build cachet. About as noteworthy as Allen’s role in this deal is that of Amazon. It, like Netflix, has been pouring money into its programming, chasing not only money but prestige. It may be that signing a streaming deal may be the new signing a premium-cable deal–now that Orange Is the New Black, Transparent, et al. have brought the medium recognition, it’s seen as a place where you can have creative freedom and be on the cutting edge of something. (Not to mention get generous financial support.)

There will be controversy. Allen agreeing to make a TV series for anyone would have been big news in itself a few years ago. But now, after last year’s renewal of charges that the director sexually abused his adopted daughter Dylan Farrow when she was a child—charges Allen has long denied—it’s going to be a lightning rod. The re-emergence of rape accusations by many women against Bill Cosby was evidently enough last year to scuttle preliminary plans for him to return with a sitcom for NBC, even though he continues to deny them. Maybe Amazon feels that Allen’s circumstances are different, or that the blowback will be worth taking. But it’s hard to imagine there won’t be blowback; as many fans as Allen may still have, we saw around last year’s Oscars that there are legions who will view this deal as rewarding a predator.

Interestingly, after the furor around the Oscars, there was less public uproar around the release of Allen’s next film, Magic in the Moonlight. Whatever it says about Allen and Amazon, it definitely says something about the cultural profile of TV today that making a series for an online-retail site may generate more controversy than if Allen had simply kept making movies.

Clarification: A section of the paragraph that mentions allegations against Bill Cosby, which was added during the editing process, has been altered to clarify the status of claims against him 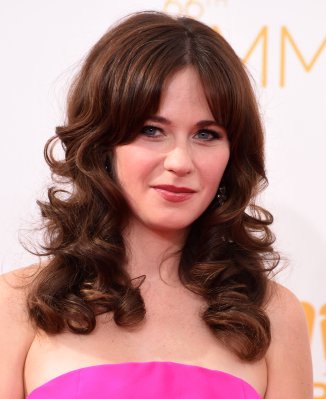 Zooey Deschanel Is Pregnant
Next Up: Editor's Pick