At least a dozen small fires were reported after thousands poured out of bars to celebrate the Buckeyes’ victory, authorities said.

Columbus Police Department spokeswoman Denise Alex-Bouzounis told NBC News that about 8,000 students forced their way into The Horseshoe stadium and tore down a goal post.

She described the crowds as being “intense” after the game. Three canisters of tear gas were used in front of the Ohio Union at around 1:15 a.m. … 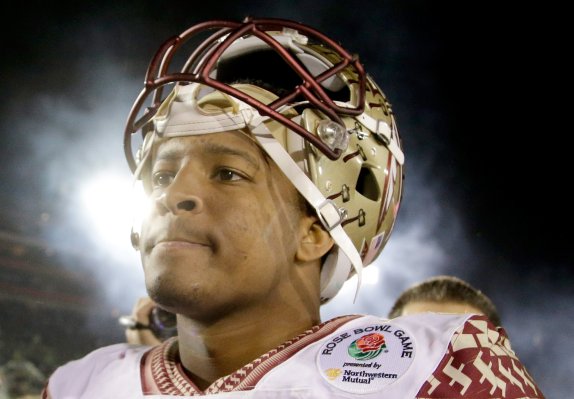 Jameis Winston to Enter NFL Draft
Next Up: Editor's Pick