Comedian and actress Margaret Cho defended her appearance Sunday at the Golden Globes, where she played a North Korean journalist-general character that some viewers deemed as racist.

“I’m of mixed North/South Korean descent — you imprison, starve and brainwash my people you get made fun of by me,” she tweeted on Monday. Cho also elaborated to BuzzFeed, saying, “I am from this culture. I am from this tribe. And so I’m able to comment on it.”

Cho worked on the character of Cho Young-ja — who mostly wanted to take a picture with Meryl Streep and share opinions on Orange is the New Black — with hosts Amy Poehler and Tina Fey, who previously had Cho skewer North Korea on her sitcom 30 Rock. But Cho — the only Asian-American on-stage that night — did speak in a heavy accent and walk in what one critic called “an unmistakable fascist goose-step.”

“I can do whatever I want when it comes to Koreans — North Koreans, South Korean,” Cho told BuzzFeed. “I’m not playing the race card, I’m playing the rice card,” she said, echoing one of her tweets. “I’m the only person in the world, probably, that can make these jokes and not be placed in a labor camp.” 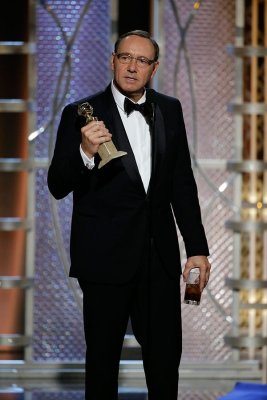 Amazon and Netflix Crash the Golden Globes Party
Next Up: Editor's Pick