Prominent among the foreign leaders marching through downtown Paris on Sunday was Turkish Prime Minister Ahmet Davutoglu, one more leader from a Muslim nation making a show of solidarity with the victims of Islamist extremism. In many ways it was a good fit: Turkey’s population is overwhelmingly Muslim, but its government is avowedly secular. The country was founded, in fact, on the principles of separation between church and state embedded in modern France, where its founding father studied. Turkey is also a member of NATO, and a long-standing applicant to the European Union.

But in other ways, the Turkish presence was incredibly awkward. Though the Paris march honored journalists killed in the attack on the monthly satirical magazine Charlie Hebdo, Turkey currently has more reporters in jail, 40, than any other country, even Iran and China. And the country’s increasingly autocratic president, Recep Tayyip Erdogan, has a particular problem with editorial cartoons: He’s repeatedly sued Turkish cartoonists, claiming damages for being portrayed variously as a giraffe, a monkey, and an elephant. In 2011 the German ambassador to the country was summoned to the Foreign Ministry after a Berlin newspaper printed a panel showing Erdogan’s name on a doghouse.

But that wasn’t the only problem in Paris. It turns out that, mere days before Davutoglu traveled to France, a Parisian suspect in the terror attacks was making her way through Turkey. Hayat Boumeddiene, 26, said to be the accomplice of Amedy Coulibaly, who shot dead four people at a suburban kosher supermarket on Friday before police killed him, flew to Istanbul on Jan. 2. She was videotaped having her passport stamped at Sabiha Gokcen International Airport, and crossed into Syria on Thursday, Jan. 8. She may have been on her way to join the Islamic State of Iraq and Greater Syria, or ISIS, the extremist group Coulibaly claimed as his own.

Turkish officials point out that Boumeddinene entered Turkey well before the Charlie Hebdo attack, and that no government flagged her until after she had entered Syria. Davutoglu noted his government has deported more than 1,500 individuals suspected of using Turkey as a corridor to Syria, and placed restrictions on 7,000 more. “We support every kind of intelligence not to accept foreign fighters,” he said at a joint news conference on Monday with German Chancellor Angela Merkel.

Still, the episode pointed up the treacherous ambiguities that linger around Turkey’s involvement in Syria. Though keen to avoid involving its own armed forces in the civil war, Turkey has long encouraged rebel groups opposed to Syrian president Bashar Assad, allowing them to establish rear guard headquarters in Turkish border towns, and turning a blind eye to illicit crossings to carry the fight to the regime.

Ankara says it has tightened up since the rebellion has become dominated by Islamist extremists, but some critics question its resolve and, in any event, Boumeddinene’s experience demonstrates the practical challenges of enforcing any policy. And while Davutoglu was in Europe making nice, Erdogan was back in Ankara, preparing to lash out. “The West’s hypocrisy is obvious,” Erdogan said on Monday while receiving Palestinian Authority President Mahmoud Abbas, who had traveled to Turkey after attending the Paris march. “Games are being played with the Islamic world, we need to be aware of this.”

All of this, and more, shadows Turkey’s stubborn effort to join the European Union, an increasingly unlikely development as Erdogan clamps down on press freedom and tightens judicial controls. But then, as Davutoglu pointed out in Berlin, some 3 million Turks already reside in Germany, many descended from guest workers recruited in the 1960s to fill labor shortages. Their presence may well present challenge enough for Europe, given the continent’s limited success in integrating immigrant populations. Just as Davutoglu proved in Sunday’s march, Turks in Europe often make for an uneasy fit. 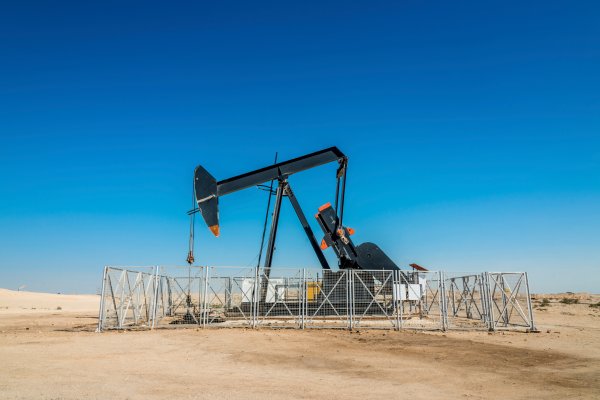 Could ISIS Attack Saudi Arabia's Oil?
Next Up: Editor's Pick