Carly Rae Jepsen Is Returning to Music, and Not Just Maybe

Carly Rae Jepsen performs at the "UniteLIVE: The Concert to Rock Out Bullying" at the Thomas & Mack Center on Oct. 3, 2013 in Las Vegas, Nevada.
David Becker—Getty Images
By Bradley Stern

Hey, this is crazy, but forget whatever you thought about Carly Rae Jepsen’s music — especially the song that’s probably popping into your head right now.

After the 29-year-old Canadian singer-songwriter’s inescapable 2012 summer smash “Call Me Maybe” went mega-viral worldwide, the pop starlet was catapulted to wild heights of fame overnight, thanks to radio’s endless love affair with the track and the Internet’s instant meme-ification. (Oh, the YouTube parodies.) At the same time, the success effectively downgraded Jepsen to novelty act status, casting a shadow over her underrated 2012 collection of sparkly electro-pop gems, Kiss.

Three years later, and the honor (?) of that overnight success has since been passed on to newer acts like Meghan Trainor and her unavoidable “Bass.” Luckily, that’s provided Jepsen with the calm to slowly work on crafting a record that will prove herself as more than just a one hit wonder. And while it’s highly unlikely that anything she does next could match “Maybe”-level hysteria, this comeback could quite possibly be the next best thing.

“I think Kiss was a bit of a rush, so I think I’ll be kind of taking my time to make sure what I’m putting out there next feels like the strongest thing I can make,” Carly told Billboard in 2013. Considering listeners have yet to hear a single song since her heavily brand-sponsored, fan-curated 2013 sugar-sweet single “Take A Picture,” it’s safe to say she wasn’t kidding.

In that same interview, Carly expressed a desire to craft pop music with depth — citing Robyn, Kimbra, La Roux and Dragonette as examples of the kind of music she’d like to make in order to provide “a little something deeper to the verses.” She also hinted at an incorporation of the folkier sound of her upbringing, which she told TIME was soundtracked by Van Halen, James Taylor and Bruce Springsteen. (To her credit, Jepsen was exploring that singer-songwriter bent on her 2008 debut Tug Of War — pre-American fame.)

She’s Really Going Back In Time (After Time)

Carly continued to hint at her evolving sound by early 2014, telling MTV she’d been penning folk songs and to “expect the unexpected” in an interview prior to her run on Broadway as Cinderella. She also found a new frame of reference post-Kiss: “If anything, my last record was ’80s and what I’ve been working on lately is very ’90s, so I’m kind of just growing up slowly through the ages,” she explained. To achieve the new sound, she’d also enlisted her “hugest crush”: Cyndi Lauper, whom she met at Summer Sonic Festival. “I just stalked her side stage and basically asked if I could one day work with her and she said ‘Yes.’”

On Sunday (January 11), while much of the world was busily tweeting about the Golden Globes, Jepsen surprised fans by posting an Instagram inside the studio alongside Blood Orange (Dev Hynes) and Ariel Rechshtaid. The two genre-bending producers are responsible for crafting Sky Ferreira’s critically hailed 2012 world-weary anthem “Everything Is Embarrassing.” Individually, Dev’s worked with Solange, Kylie Minogue and FKA twigs, while Ariel’s had a hand in producing for the likes of everyone from HAIM to Charli XCX.

And fans (Jepsenites?) who haven’t stopped listening to Taylor Swift’s 1989 (oh, perhaps you’ve heard of it?), you’re in luck: fun.’s Jack Antonoff, who helmed that album’s colossal “Out Of The Woods,” was also photographed behind the boards with Jepsen back in October.

It’s also possible that the singer is teaming up again with the undisputed King of Swede-Pop himself Max Martin, who produced her massive Kiss single “Tonight I’m Getting Over You.” The singer left a cheeky Instagram inside a recording booth captioned simply: “Sweden <3”

In addition to the in-studio Instagram teases, she’s reportedly also been in sessions with French electro-pop outfit Yelle, along with pop hit-maker Benny Blanco (Ke$ha, Britney Spears), as well with longtime collaborators Ryan Stewart and Marianas Trench’s Josh Ramsay, both of whom have worked with the singer since her debut.

She Really Likes You

The initial post has since vanished, but the Internet never forgets: For just a short time just before the New Year, Interscope Records’ promotional website PlayIGA confirmed a new Carly Rae Jepsen single called “I Really Like You” on the way for “Early 2015.” And, as an added tease, Carly herself has been dropping the innocuous phrase since December.

It’s been a few years, but it sounds like she’s ready this time. 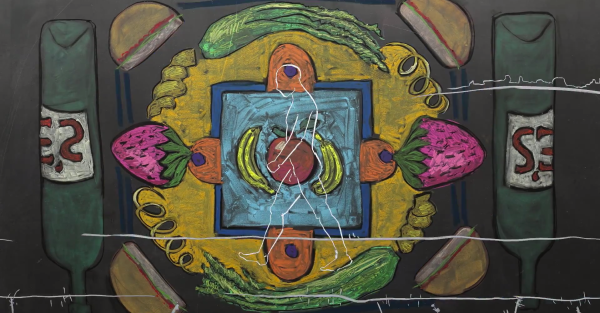 This Music Video Was Made Entirely Out of Cardboard, Paint and Stop-Motion Chalk Art
Next Up: Editor's Pick