How Religion Can Move Us to Do Terrible Things

Anyone who has ever played on a team knows the thrill of rooting for your own side’s success while rejoicing at your opponents’ losses. Now ratchet up that gratifying feeling with two other ingredients: an unwavering belief in a vengeful God, and a sense of injury stemming from feeling like a reviled, hard-done-by outsider, and you have some of the precursors of the Charlie Hebdo massacre.

Clearly, the murders are not remotely justifiable. At the same time, such violence is not haphazard. Combine extreme religion’s blinders with social ostracism, then season with the testosterone-driven aggressive impulses often found among disaffected young men and you can end up with a lethal stew.

What’s the evidence? Time and again, social psychology experiments have shown that ordinary people can be spurred to commit horrific acts of cruelty. Giving them authority over arbitrarily defined transgressors can prompt brutality, as the Stanford Prison Experiment—in which students were assigned to playact the roles of either guards or prisoners—showed in the 1970s. Persuading them that outsiders are less than human can disable their natural powers of empathy. Priming religious believers with passages showing that God endorses revenge against malefactors is dangerously effective, too.

In 2007, the Michigan social scientist, Brad Bushman, led a study of nearly 500 students, half of whom were Mormons studying at Brigham Young University; the other half were mostly secular students enrolled at the Vrije Universiteit in Amsterdam. All were given a violent passage to read that was said to be taken directly from scripture, or alternately, from an unidentified “ancient scroll.” Depicting the rape of a married woman traveling in a foreign region with her husband, the passage sometimes included a sentence in which God commands acts of revenge against the rapists’ foreign tribe. There was no mention of retribution in the passage read by the control group—a subset of the total 500, who were equally likely to be American or Dutch.

Next, all of the participants competed on a task in which the winner could blast the loser with a painfully loud noise through headphones. Who were the most aggressive blasters? More often than not they were the students—both American and Dutch—who identified themselves as fervent believers. They were also most likely to have been shown a passage of what they were told was scripture—rather than an ancient scroll—and to have read about God’s desire for violent retribution. Oh, and these students were also more likely to be male.

Religious men, even ones who regularly read about deities sanctioning violence in their holy books, don’t usually feel the license to kill, of course. In fact, you might expect the opposite. After all, religious people are more likely to do good than other people. They volunteer and donate blood more often than non-believers. They give more money to charity. In most psychology experiments they are more generous and less dishonest than atheists, and in the real world, they commit fewer crimes and abuse illegal subtances less, too. In fact, in the majority of the 39 countries polled by a 2014 Pew study, people say that a belief in God is required to be a moral person. That opinion was most common in poor regions such as Central Asia, and West Africa. But 53 percent of Americans also agree that religious belief makes you more ethical.

So what’s going on? The Parisian terrorists were devout, and like all major religions, Islam espouses the Golden Rule. Why didn’t that stop them from killing?

Part of the answer is that while religion is exquisitely designed to bind people together, enabling them to trust and protect each other, denigrating outsiders can be the flip side of that trust—and that denigration can snuff out empathy fast. Now, brain imaging studies tell us that witnessing bad things happen to those outsiders can make people feel powerful and superior.

Michael Inzlicht at the University of Toronto recently demonstrated that finding by arbitrarily dividing participants into two groups he named “the reds” and “the blues.” The “red” group was shown a video of a model performing certain rituals. After watching the model bow, turn around, and put her hands together, the members of the red group were asked to perform those movements at home for a week. The gestures meant nothing but could serve as a proxy for religious rituals—which have profound meaning to practitioners. The blues had no rituals.

The two groups then played a trust game, and Inzlicht found that the ritualizing “reds” distrusted the nonritualizing outgroup much more than they had before. Not only that, but a subsequent EEG showed that when the blues received negative feedback, the reds showed brain activity consistent with experiencing pleasure. “When they observed the outgroup member getting punished, they enjoyed their misfortunes,” said Prof. Inzlicht.

Now, consider that the perpetrators of last week’s horrifying violence felt excluded by French society—and found their place in an echo chamber of other angry, disenfranchised, and aggressive young men. Add the pain of rejection—which brain imaging studies show can actually be experienced as real, visceral pain—and you get a tinderbox of explosive feelings: A powerful desire to escape a marginalized social situation; to gain a sense of belonging and status by acting as enforcers of a religion’s sacred values; to earn the approval of charismatic religious leaders who incite them to punish “transgressors;”and finally, to experience the anticipated pleasure of witnessing the outsider’s pain.

The terrorists made a choice. It wasn’t rational—even if they believed it was. It certainly wasn’t moral. But their dark minds still merit our study. Understanding the psychology behind their religious blinders is as critical to democracy as condemning their actions.

Susan Pinker is a psychologist and award-winnning writer whose last book, The Sexual Paradox, was published in 17 countries. Her most recent book is The Village Effect. 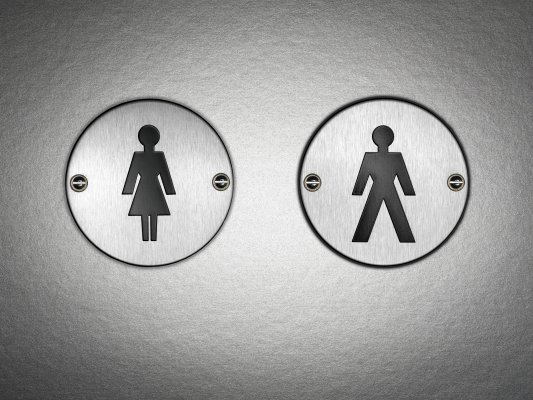 10 Most Sexist Responses to Reducing Women's Public Toilet Lines
Next Up: Editor's Pick