This Music Video Was Made Entirely Out of Cardboard, Paint and Stop-Motion Chalk Art

When folk-rock quartet the Barr Brothers set out to create a music video for their song “Love Ain’t Enough,” the band gave director-animator Dustin Grella only one rule: enjoy yourself. “After talking to Brad [Barr], he said we should experiment and that the only requirement was to have fun,” Grella told TIME over email.

That freedom allowed Grella to fulfill one of his long-gestating ideas — using the vast amounts of cardboard he had accumulated and “desperately” hoped to use in a project one day. But what started out as a plan for a one-take video featuring nothing but cardboard soon expanded into a month-long project, ultimately requiring 50 cardboard cutouts, 15 paintings and 2100 frames of animation to complete.

“After listening to ‘Love Ain’t Enough’ a few times, I really had this sense that it was a journey and I was traveling into a city or countryside that was unfamiliar, but in a peaceful, confident way — not a fearful way,” Grella says of the song, from last year’s Sleeping Operator. “The more I listened to it, the more it brought about the idea of the hero’s journey and how we are all passing through life. At so many points we find ourselves in unfamiliar terrain, only retrospectively to see them as moments of growth.”

The background behind the song — Brad Barr told Grella that he thinks about his wife and newborn child when singing it — also helped inform the visuals. “I pulled together imagery of moments in life when we are experiencing things that are so familiar — birth, death, city, countryside — yet, when experiencing it for the first time, can be one of life’s benchmarks,” Grella says. “I especially looked for moments throughout the journey where love would rear its head and poke around through our relationships with others.” 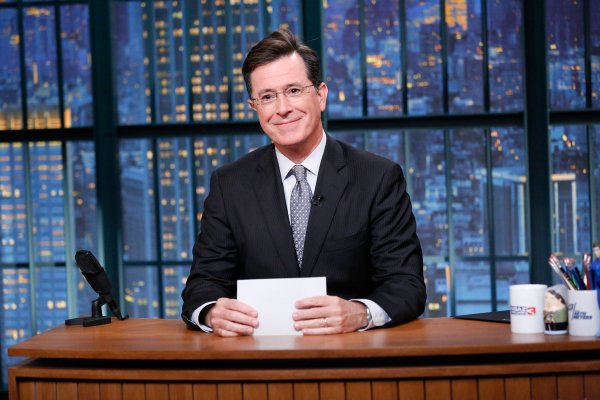 Stephen Colbert's Late Show and the Case Against Originality
Next Up: Editor's Pick