Jerusalem Municipality hold an organization to protest against gun attack to Charlie Hebdo in Paris, on January 11, 2014, in Jerusalem, Israel.
Anadolu Agency—2015 Anadolu Agency
Ideas
By Jim Norton
Jim Norton is co-host of the Jim Norton and Sam Roberts Show weekday mornings on SiriusXM and co-host of UFC Unfiltered, the official podcast of the UFC

If one more public figure feels the need to clear his throat on television and self-importantly remind me of how Islam is a religion of peace, I think I’m going to scream. And not because I disagree with that sentiment or because I don’t realize the vast majority of Muslims find the massacre at Charlie Hebdo unjustified and abhorrent. I’m sure they do.

I simply don’t need to be reminded of that every time there is an act of Islamic extremist violence any more than I need to be reminded that all Catholic priests aren’t pedophiles. What I find so offensive about this redundant “gentle reminder” is knowing that it’s not done for the benefit of Muslims; it’s done for the benefit of the person about to tentatively make a statement against radical Muslims. It’s done because the person about to make the statement is in such terror of saying something that may be misinterpreted as remotely critical of Islam. So in order to cover their bases, they plaster a solemn look on their faces and robotically deliver their disclaimer.

Apparently, the only thing that scares people more than Islamic extremist violence is being improperly accused of Islamophobia.

That’s not to say there isn’t a myriad of bigoted dumbbells who will call for Korans to be burned and demand that Islam be outlawed, but I resent that the rest of us are perpetually subjected to these pre-emptive admonitions.

Another question I dread having to read ad nauseam is “What can we learn from this?” I’ve grown tired over the years of people attempting to classify senseless murders as “something we can learn and grow from,” particularly when the end result is steeped in disingenuous moralizing and smug intellectualism.

It’s a fairly futile practice and only serves to help us convince ourselves that the deaths weren’t completely for nothing. In a civilized world, there is little to be learned when people are slaughtered for printing what others deem offensive in a magazine. It is simply a lewd act of barbarism, and no amount of searching for root causes will bring us to a place where we can finally make sense of it.

Threats of violence do have to be taken seriously, which is why I understood Sony’s decision to reluctantly pull The Interview despite all the Monday-morning quarterbacking about how “shameful” it was that the studio had initially done so.

I believe Sony was genuinely afraid of a violent response (and a subsequent landslide of lawsuits). It’s easy for the rest of us to sit around and gun-sling words like cowards while pretending we would react differently, but let’s not kid ourselves. If a third-grader in any school in America glues a banana to an apple and yells “POW!” he is expelled immediately, destined for counseling until his mid-40s.

In the coming months, we will be inundated with blogs, speeches and articles honoring those who died at Charlie Hebdo. Many of these will be heartfelt and sincere; others will be hollow and their motivation in self-interest painfully obvious. People who had previously criticized the magazine’s covers as tasteless and insensitive will now be tripping over themselves to praise its courage.

Is anyone still looking for a “lesson to be learned”? Fine. Here’s your lesson:

Let’s look at how poorly we have been doing lately at recognizing the value of subversive and unpopular speech as we are witnessing it. We need to definitively end the embarrassing trend of recognizing courageous speech only in hindsight, when it’s safe. And perhaps we will finally see the ugliness in our cultural attempts to shame and penalize, on any scale, people for making statements, or art, or films that we find objectionable.

The best way to universally honor the victims of Charlie Hebdo will be to revere and embrace what they stood for. What they died for. Which is the freedom and ability to speak unreservedly and without repercussions, violent or otherwise.

I am in awe of the bravery of the people who worked, and who continue to work, for this magazine. We all should be. But being celebrated as courageous doesn’t do people a whole lot of good after they’re dead. It is a distinction much more appropriately applied to the living.

Norton is a comedian, New York Times best-selling author and host of The Jim Norton Show on Vice.com

Read next: The Irreplaceable Staff of Charlie Hebdo 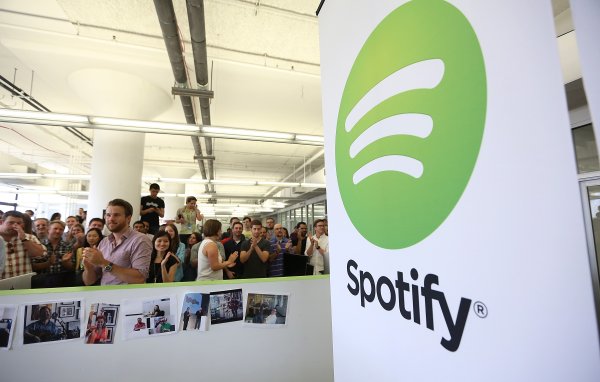