Condoms present the ultimate catch-22: we all need them in order to stay STD-free, but buying them, carrying them, and presenting them can feel dirty.

And that’s a problem, since male condoms are approximately 82% effective at preventing pregnancy with average use, and (along with female condoms) they’re the only contraceptive that also prevents STDs. State and municipal health authorities are so sure that condoms are good for public health that they even distribute them for free in some places (like NYC and Philadelphia). Yet only 19% of single women say they regularly use condoms every time. Gaines found that most women she spoke to hated the experience of buying condoms, felt ashamed to carry them, and were anxious about using them, even though 6.2 million women rely on male condoms to prevent pregnancy.

And it’s no wonder, because the condom experience is totally creepy. First, you have to find the condoms in the drugstore next to the pregnancy tests and the yeast-infection treatments (not sexy), and in some stores you have to slide open the noisy plastic theft guards (which make you feel like a criminal), then you have to wait in line to purchase them so everybody sees what you’re buying (and gives you side-eye).

Carrying condoms is equally embarrassing– just look how Reese Witherspoon’s character in Wild was judged when fellow hikers found her stash. And after all that, Gaines says that many women worry that tearing open the slippery packages can cause condoms to rip, or that condoms get put on inside-out in the heat of the moment.

Lovability isn’t the only condom company that’s pushing to appeal to female consumers. Sustain makes eco-friendly condoms marketed to women with tasteful cardboard packaging decorated with shells or bamboo. L Condoms also has female-focused branding, plus they donate a condom to Africa for each condom sold (and offer one-hour delivery in some places). But Lovability condoms are unique in that they don’t look like condoms: they come in a cute little tin that looks more like lip balm or mints than anything else. “You’re first drawn to it in the store because of the way it looks,” Gaines said. “It’s absolutely discrete. It looks like a cosmetic product.”

The tins are designed so women can carry them in their purses without being embarrassed if they’re found, which means spontaneous encounters don’t have to be unprotected ones. The design also eliminates the anxiety that the condom might rip when the package is opened; Lovability condoms come in a special buttercup packaging, so there’s no confusion about which side of the condom is the top. “In a regular foil wrapper, you have no idea, you’re just tearing it and hoping for the best,” Gaines says. “It was really important for us to not only create a condom that was more accessible and more beautiful, but also more functional in the bedroom.” (And each individual condom package comes with a motivational quote inside.)

Lovability is a very young startup: the two-person company started out with less than $10,000 in funding, and even though she’s the president of the company, Gaines spends hours assembling the tins herself. But the condoms were so popular that they sold out in NYC lingerie stores, which is why Gaines and Claire Courtney, Lovability’s outreach director, are raising money to make more. They’ve got their eye on big outlets like Sephora, Anthropologie, and Urban Outfitters, but also want to sell condoms in other places women feel comfortable, like salons, gyms, or spas. Basically, they only want to sell their condoms where no other condoms are sold. Or, as Gaines puts it, “Why shouldn’t you discover your favorite condom brand while enjoying a spa day with the girls?

Gaines says Lovability’s aesthetic appeal is all in the service of public health and sexual empowerment– she wants more women to have condoms with them at all times to prevent the spread of STDs. “You can be safer if it’s a shared responsibility. And a lot of time guys aren’t prepared,” Gaines says. “This is a great opportunity to capitalize on the judgement of women. ” Plus, Gaines adds, some women like to provide the condoms, since “they know it hasn’t been in the guy’s wallet for the last three years.

But the startup hopes to do more than keep women safe. Gaines also wants the condoms to spark discussions about contraception. “Our mission is to bring condoms out of the back room and into the spotlight, and get conversations going about it,” she says. “Modern women are ready to take control of their sexual health, and be proud of it.” 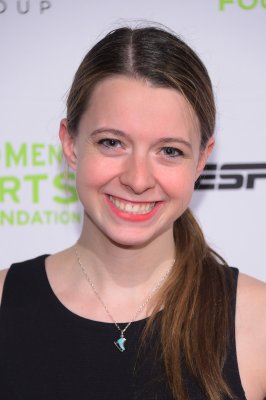 How One Olympian's Failure Helped Her Land a Job at Google
Next Up: Editor's Pick