Samsung unveiled Monday its thinnest smartphone to date: The Galaxy A7.

The Galaxy A7 clocks in at a 6.3mm thickness with a full aluminum unibody. It also expands on social capabilities with a new ‘Auto Selfie’ mode, noise reduction for voice control and LTE Category 4 4G for faster data speeds, Samsung said in a statement.

Additional features on the A7, which runs on Android 4.4 KitKat, include an extra security layer for important files and documents and multi-screen capability for convenient multitasking. Samsung will also offer a dual SIM model in some countries to let users have two phone numbers, which is common in South and Southeast Asia where it’s cheaper to make calls between customers of the same wireless company.

With a 5.5 inch screen, the A7 is also the biggest screen phone in the Samsung’s Alpha series, which include the Galaxy A5 and the Galaxy A3. The A7’s size puts it in competition with Apple’s iPhone 6 Plus, whose screen is also 5.5 inches across. But the A7 wins on thinness — the iPhone 6 and 6 Plus are 6.9 mm and 7.1 mm, respectively.

The A7’s exact prices and release date have not yet been announced. 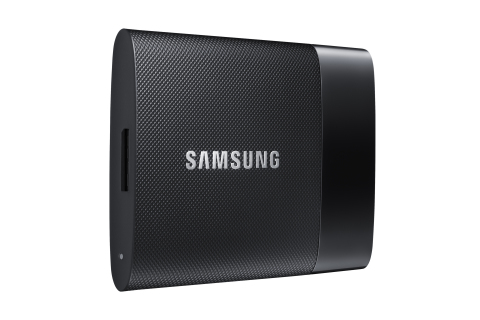