After winning best actress in a mini-series for The Honorable Woman, Maggie Gyllenhaal said this in her Golden Globes speech: “I’ve noticed a lot of people talking about the wealth of roles for powerful women in television lately, and when I look around the room at the women who are in here and I think about the performances that I’ve watched this year, what I see actually are women who are sometimes powerful and sometimes not. Sometimes sexy, sometimes not. Sometimes honorable, sometimes not. And what I think is new is the wealth of roles for actual women in television and in film.”

She’s right. The women in her category were fortunate enough to play more than just ingénues, simple baddies or sex objects. Frances McDormand played a wholly unlikable and yet ultimately well-intentioned protagonist on Olive Kitteridge. Jessica Lange continued to play alternately wily, evil and sympathetic on her American Horror Story run. Allison Tolman could have been a simple “good guy” foil to Malvo in Fargo, but instead stood out as an imperfect but brave cop you might actually know (thankfully wearing boots instead of heels). And Frances O’Connor brought many dimensions to grief in The Missing.

Gyllenhaal’s character herself on The Honorable Woman was all but honorable. In trying to do the right thing for her family, Gyllenhaal made many ethically questionable choices. The show turned the “Can women have it all?” question up to full throttle, becoming not a show about power, but a show about deeply flawed love.

Her “real” women argument extends to other characters on TV like the women of Transparent, Julianna Margulies’ Alicia Florrick on The Good Wife or Ruth Wilson’s Alison Lockhart on The Affair, all of whom can be selfish, ruthless and stupid without turning into bland stereotypes.

Sure, lots of these female characters were powerful in the sense that they were defined by something other than their romantic interests — or even wielded influence in the Israel-Palestine conflict. But they also had moments of weakness: moments when they cried, when they thought about committing suicide, when they screwed up. They were real women, interesting women — and that’s even better than powerful women.

MORE: Olive Kitteridge and Why “Likability” Is for Saps 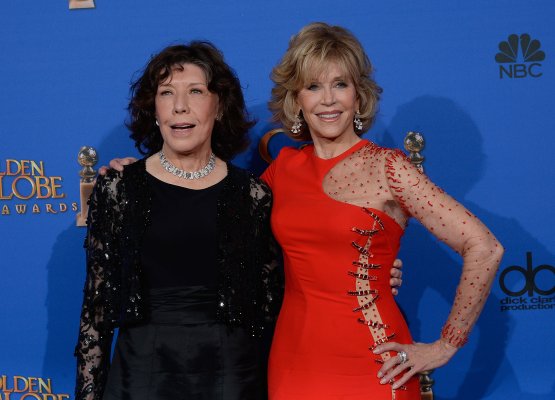 Watch Jane Fonda and Lily Tomlin Admit That Men Can Be Funny
Next Up: Editor's Pick