Pope Francis leads a mass at St Peter's Basilica on January 1, 2015 at the Vatican.
Andreas Solaro—AFP/Getty Images
By Jack Linshi

Pope Francis encouraged mothers to breast-feed their children as they wished on Sunday while he baptized 33 infants in the Sistine Chapel.

“You mothers give your children milk and even now, if they cry because they are hungry, breast-feed them, don’t worry,” he said, which was a departure from his prepared text, NBC reported.

Pope Francis previously expressed his support of public breast-feeding in December 2013 during an interview with La Stampa, in which he said: 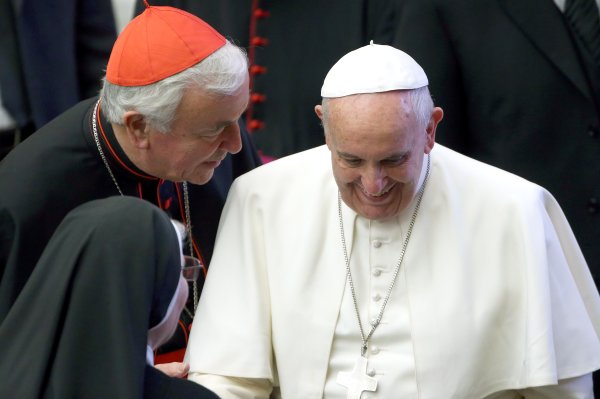