J.K. Rowling wasn’t pleased with Rupert Murdoch’s tweet about holding all Muslims responsible for terrorism in the wake of the Paris attacks.

The News Corp CEO blamed all Muslims for “growing jihadist cancer” in a tweet posted Friday, following the deadly ambush on the office of satire magazine Charlie Hebdo last week. (al-Qaeda’s Yemen branch claimed responsibility for the attack, but U.S. officials said Sunday there is no credible information yet on which group is responsible.)

The Harry Potter author had something to say about Murdoch’s views on Islam.

Rowling also tweeted sarcastically to take responsibility for the Spanish Inquisition and Jim Bakker, a conservative American televangelist who served time in prison and infamously faced rape and fraud allegations while preaching on Christian values. 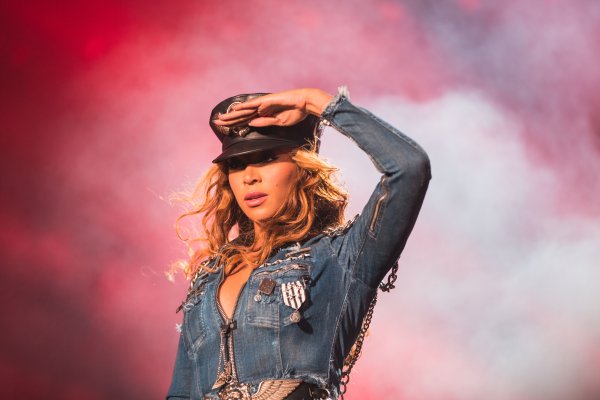 This Photo of Beyonce Is Sparking Pregnancy Rumors
Next Up: Editor's Pick