While forecasts predicted Taken 3 would have a similar opening to the first in the trilogy, the Liam Neeson-led action flick went above and beyond that by bringing in an estimated $40.4 million this weekend — a number closer to Taken 2’s $49.5 million opening than Taken’s $24.7 million.

This number proves the power of a good old-fashioned action movie, a type of film that’s been absent from theaters in favor of Oscar bait as of late. And it proves the power of Neeson, an actor with definite pull — especially when it comes to this genre: he led both the previous Taken films, as well as last year’s Non-Stop, which brought in $222.8 million worldwide.

None of the weekend’s other films were able to match even a third of Taken 3’s take: the next highest grossing film was Selma, which expanded to over 2,000 locations this weekend, with $11.2 million.

As for the rest of the top five, Into the Woods crossed the $100 million mark this weekend and finished behind Selma with $9.8 million—and ahead of The Hobbit, which ended its box-office reign after three consecutive weeks on top. Unbroken kept a spot in the top five with $8.4 million, and joined Into the Woods in cracking the $100 million mark. (The films have been neck and neck since their Christmas Day openings.)

Just outside the top five, The Imitation Game expanded to about 1,500 locations and brought in $7.6 million. The biopic will continue to expand, and will be getting more and more publicity as awards season progresses. (The Benedict Cumberbatch-led film is expected to nab multiple Oscar nominations come next week.) Paul Thomas Anderson’s Inherent Vice also expanded this weekend and made $2.9 million in 645 locations.

Next weekend will bring some new challengers when Blackhat, Paddington and The Wedding Ringer all open wide. But the real one-to-watch might be American Sniper, the Bradley Cooper war film directed by Clint Eastwood. It averaged another impressive per-screen average this weekend ($138,750) and will expand to more than 3,000 screens next week. 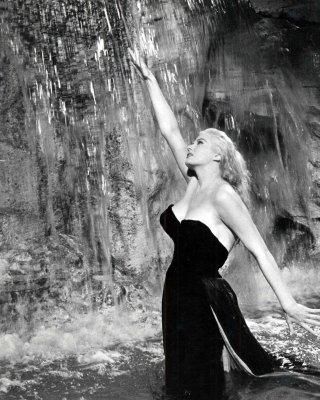