Holder: No Credible Information on Which Group Responsible for Paris Attacks

Attorney General Eric Holder said investigators do not have any credible information on which terrorist group was responsible for last week’s attack on French satirical newspaper Charlie Hedbo in Paris.

Additionally, a video has surfaced purporting to show the gunman who took several hostages at a Parisian kosher market on Friday, an incident believed to be related to the Charlie Hedbo attack. A man believed to be the gunman is shown pledging allegiance to the Islamic State.

Holder, who traveled to Paris in the wake of the attacks, said the groups pose a threat to several countries. He also announced that the White House would convene an international summit next month to discuss countering violent extremism. 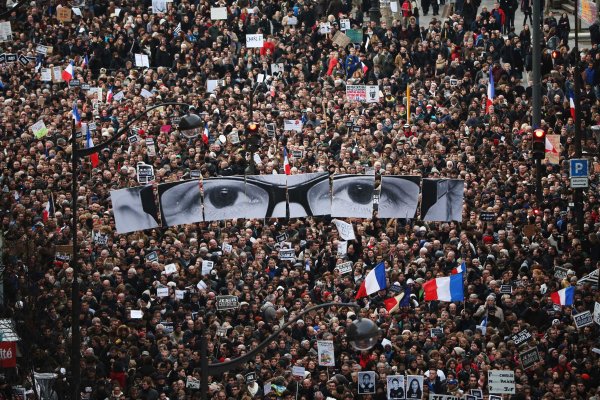 Large Crowds Rally Against Terrorism in Paris After Attacks
Next Up: Editor's Pick