AMC is ready to say goodbye to Mad Men.

The highly anticipated final seven episodes will kick off on Sunday, April 5 at 10 p.m. ET, the network announced at the Television Critics Association’s winter TV previews.

“What an incredible journey this has been,” executive producer Matthew Weiner says. “I take great pride in what the entire Mad Men team was able to create episode after episode, season after season. We sincerely thank the fans for joining us on this ride and hope it has meant as much to them as it has to us.”

The critically acclaimed series put AMC on the map, says network president Charlie Collier. “It is impossible to overstate the impact it has had on AMC, and I would argue, this era of television.”

Additionally, the network announced a special eight-week miniseries, Making of The Mob: New York, which will chronicle the historical roots of the original Five Families that would go on to form the modern American Mafia. Each episode of the docu-drama will be partnered with iconic mobster films, including The Godfather and Goodfellas. Mob will air later in the first half of the year.

AMC also officially announced acquiring the U.S. and Canadian rights to the adaptation of John Le Carre’s The Night Manager, which will star House‘s Hugh Laurie and The Avengers‘ Tom Hiddleston. The espionage miniseries, which will begin filming this spring, follows a former British soldier Jonathan Pine (Hiddleston), who infiltrates the inner circle of a lethal arms dealer, Richard Onslow Roper (Laurie). 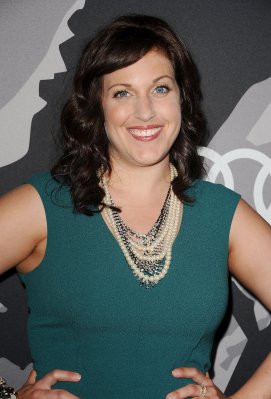