Mitt Romney speaks during a campaign stop at Lansing Community College on May 8, 2012 in Lansing, Mi.
Bill Pugliano—Getty Images
By Sam Frizell

Former Massachusetts Gov. Mitt Romney told a group of donors Friday that he is considering a bid for the White House in 2016, according to a new report, little more than two years after his failed campaign in 2012.

The Wall Street Journal, citing unnamed people who were in the New York meeting with donors, reports that Romney cited the longterm health of the economy and unrest overseas as reasons he might run again.

Many are skeptical Romney will actually pull the trigger on another national campaign, which would be his third.

Read more at the Journal 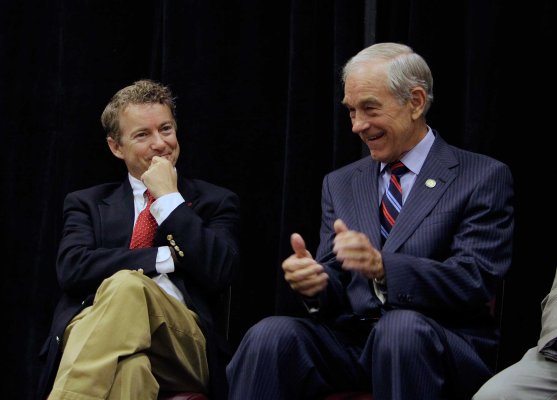 Ron Paul Looms Over Rand for 2016
Next Up: Editor's Pick