Five years ago on Monday, just as the Caribbean nation of Haiti was beginning to stand on solid footing, the ground beneath it shook. The tremor flattened buildings and killed more than 200,000 people, bringing to a halt the country’s slow but encouraging progress toward economic and political stability.

“Tragedy has a way of visiting those who can bear it least,” TIME’s Michael Elliott observed shortly after, reporting on the earthquake. By then, the devastation wrought by the tremor was coming into focus. The capital city of Port-au-Prince, just 15 miles from the epicenter, had been largely leveled; the National Palace and the city’s cathedral were destroyed; and aid workers were already pleading for international help with messages like this email from Louise Ivers, clinical director for Haiti for the NGO Partners in Health: “Port-au-Prince is devastated, lot of deaths. SOS. SOS … Please help us.”

Support did flow in, in the form of aid workers, foreign aid, and more than $1 billion in charity. But the earthquake set back years of development work in the impoverished country. As TIME reported:

Starting from scratch, the post-earthquake rebuilding process has made headway. Rubble that covered the ground and blocked transit routes, one of the most tangible signs of the country’s slow recovery in the months after the earthquake, has now largely been cleared. Infrastructure, including a new airport, has been rebuilt. And the number of people living in makeshift tent homes has dropped from some 1.5 million to 70,000, Harry Adam, head of the Department for Construction of Housing and Public Buildings told AFP.

But Haiti, which still hosts the U.N. peacekeeping force known as MINUSTAH (the French acronym for the mission), has a long path ahead. On Friday, the United Nations issued a grim warning of the risks facing the country, the poorest in the western hemisphere. “Persistent chronic poverty and inequality, environmental degradation and continuing political uncertainty threaten achievements Haitians have made over the past five years,” Wendy Bigham, the World Food Programme’s representative in Haiti, said in a statement. Meanwhile, an ongoing political crisis over long-overdue elections has slowed critical recovery efforts and threatens to devolve further. Prime Minister Laurent Lamothe, largely credited with overseeing much of the nation’s reconstruction since he took office in 2012, resigned last month amid mass street protests, but his departure has failed to lead to political compromise.

In a statement Wednesday that highlighted the consequences of political instability, the U.N. called for a political compromise by the end of the week “in order to strengthen stability, preserve the democratic gains and ensure sustainable development in Haiti.” Five year’s after the earthquake, Haiti can still scarcely bear more turmoil. 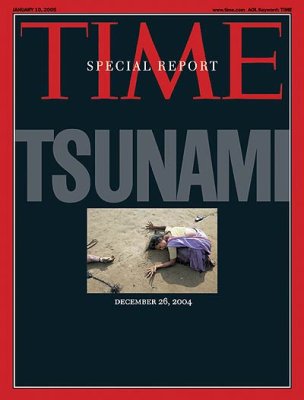 What Caused the Boxing Day Tsunami
Next Up: Editor's Pick