There’s no denying the energy drink industry is booming, with 60% growth between 2008 to 2012. But a new report from three U.S. senators raises questions about one particular segment of the market that’s growing: minors.

The report, titled “Buzz Kill,” is part of senators Edward J. Markey (D-Mass.), Dick Durbin (D-Ill.), and Richard Blumenthal (D-Conn.)’s ongoing investigation into the energy drink industry. Their primary concerns are lack of regulation by the U.S. Food and Drug Administration (FDA) over the drinks, which may pose health problems for kids, adolescents and teens.

In 2013, the three senators sent letters to 16 energy drink companies asking about their willingness to report any adverse reactions to their products as well as to voluntarily submit to restrictions against marketing to young people. In “Buzz Kills,” the senators report that just four of the 12 companies say they avoid marketing their energy drink to people under 18.

“Unfortunately, as long as early development of brand loyalty is seen as a competitive market advantage, energy drink companies will continue with the practice of marketing to teens in the absence of regulation that prohibits it,” the report reads.

The American Beverage Association has long offered guidance to the beverage industry on labeling, advisory statements, and marketing to children, recommending voluntary statements that the drinks are not recommended for kids and that the products not be promoted at K-12 schools. While several energy drink companies, including Red Bull and Monster, have made a commitment not to market to kids 12 and under, some critics say people over age 12 are still at risk for possible health consequences, like neurodevelopment interactions and heart-related effects.

In response to the report, American Beverage Association spokesperson Christopher Gindlesperger said this, in a statement:

Based on current regulations, the companies are not breaking rules. An FDA regulatory category for “energy drinks” does not exist, and companies can file their energy drinks to the FDA as either foods or dietary supplements. Some companies do not need to label the amount of caffeine in their products, and others are not required to report adverse health events linked to their products. Given the regulatory confusion, the report authors say the FDA and manufacturers need to make some changes for better transparency.

The senators call on the FDA to set a recommendation for the amount of caffeine a child or adolescent can safely consume each day. They also argue that all energy drink companies should commit to providing adverse-event reports to the FDA, and companies should stop promoting their beverages as “sports drinks.”

You can read the full report, here. 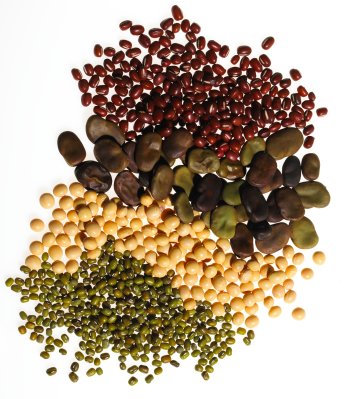 9 Reasons You Should Eat More Beans
Next Up: Editor's Pick