The Possible Presidential Candidate Who Agrees the Most With Pope Francis

Senator Bernard "Bernie" Sanders, an independent from Vermont and chairman of the Veterans' Affairs Committee, waits to begin a hearing in Washington on May 15, 2014.
Andrew Harrer—Bloomberg/Getty Images
By Elizabeth Dias

Independent Senator Bernie Sanders is Jewish. He’s also the likely 2016 presidential candidate whose political philosophy lines up most closely with the economic and social theories of Pope Francis.

As he mused on the possibility of a 2016 campaign during an hour-long visit to TIME’s Washington bureau Thursday, Sanders hit the Pope’s main talking points before even mentioning his name. Health care as a universal right for the elderly. The economic injustices of income inequality. Climate change.

Unlike many leaders who name-drop Pope Francis to score political points — he is, after all, likely the most popular man on the planet — Sanders quotes the Pope because he actually believes his message. When asked about casino capitalism, Sanders points to Pope Francis, who says that is not what human life should be. “He’s saying, you know what … the economy should serve people, not people serving the economy,” Sanders explains. “The market is the billionaire class who want to get richer, that is what it is. I don’t think we should have an economy serving their needs.”

Sanders adds: “The bottom line should be how well we are doing as human beings … The bottom line means that we should not have 20% of our kids living in poverty and elderly people in this country trying to get by on $12,000 a year.”

Sanders’ social-media accounts are filled with quotes from the Holy Father about the need to reform socioeconomic systems. Some examples include:

Pope Francis’ economic and political views were shaped in Argentina during the Juan Perón years. Peronism is a genre of socialism powered by working-class populism that rejects both communist and capitalist extremes. It is an ideology that resonates in some of then-Jorge-Bergoglio’s early writings, especially his appreciation of people. In this view, the poor are not just poor people who need help, Gustavo Morello, professor of sociology at Boston College, once explained to me — they are people who have a contribution to make. For Francis, this translates into “an appreciation for the folk Catholicism or the street wisdom, the things that the academia and officials tend to dismiss,” he said.

It is a side of Pope Francis that often gives pause to many conservative Catholics, especially in the U.S. Already, it sets Sanders apart from almost every other potential 2016 presidential candidate. The irony is that nearly all of them actually are Catholic. On the GOP side, there’s Jeb Bush, Chris Christie, Paul Ryan, Rick Santorum, Newt Gingrich and Bobby Jindal. Sam Brownback and Marco Rubio have Catholic histories but worship at evangelical churches, John Kasich was Catholic and is now Anglican, and Ted Cruz is not Catholic but is making plays for the Latino, and largely Catholic, vote. On the Democratic side, Joe Biden and Martin O’Malley are Catholic, while Hillary Clinton is a lifelong Methodist.

The sheer number of potential Catholic presidential candidates means that political jockeying around the Pope will only rev up this year, especially because Pope Francis’ first visit to the U.S. coincides with the launch of 2016 campaigns. It will be all the more important to parse the difference between claiming Catholic kinship with the Holy Father and actually sharing the same political ideology.

Sanders hopes to meet the Holy Father during the trip. In the meantime, he says he is continuing to read up on what the Pope says. 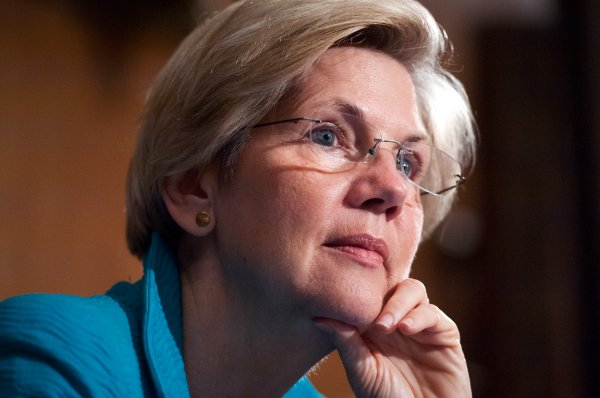 What the 2016 Contenders Will Say About Their Parents' Jobs
Next Up: Editor's Pick