Sanctions? Russia Is Just Going to Shrug Them Off

An electronic board displays a rising stock index curve at the Russian Micex Stock Exchange in Moscow the day after the Crimean referendum on independence from Ukraine March 17, 2014.
Bloomberg&mdash;Bloomberg via Getty Images
By Michael Schuman

You’d think that the U.S. and Europe could apply some pretty heavy economic pressure on Russia. After all, the European Union is Russia’s largest trading partner and source of foreign investment, and right now, the country can ill afford any threat to that economic lifeline. The Russian economy, a member of the once high-flying BRICs, clocked meager 1.3% growth in 2013.

But as the U.S. and E.U. begin to impose economic sanctions on Russia over its grab of Crimea from Ukraine, Putin hasn’t blinked. Perhaps he assumes sanctions from the West will only cut so deep. With Europe as reliant on Russia – for its oil and gas – as Russia is on Europe, Putin has some economic leverage of his own.

And there may be another reason why Putin is unmoved by Western economic sanctions. His gaze has turned East.

Just as U.S. President Barack Obama has been trying to engineer a “pivot” to Asia, so has Putin. And why not? Tying his country’s future to a rapidly expanding Asia instead of a debt-ridden and slow-moving Europe makes perfect sense. In the East, Putin can find eager consumers for Russian raw materials, like China – without the hectoring on human rights he receives from the West. Putin has been signaling this shift to Asia for some time. “We view this dynamic region as the most important factor for the successful future of the whole country, as well as development of Siberia and the far east,” Putin wrote in the Wall Street Journal in 2012.

Putin has been making some progress. In the 1990s, trade between China and Russia was practically nonexistent. Not anymore. According to Asian Development Bank data, total trade between China and Russia increased from $5.5 billion in 1995 to over $88 billion in 2012. The two are cooperating on investment as well. In 2012, Beijing and Moscow formed the Russia-China Investment Fund, a multi-billion-dollar pool of money aimed at investing in projects to enhance economic ties between them. To smooth the flow of people and products between Russia and East Asia, Moscow is undertaking a major upgrade of the Trans-Siberian Railroad, which, Putin said in a recent speech, “will act as a key artery between Europe and the Asia-Pacific region.”

Of course, China and its neighbors are no replacement for Europe, at least not yet. Nearly 80% of Russian crude exports heads to Europe, compared to only 18% to Asia, according to the U.S. Energy Information Administration. But that’s set to change. Igor Shuvalov, Russia’s First Deputy Prime Minister, predicted last year that the country’s trade with Asia would surpass that with Europe over the next five to 10 years. Russia, for instance, has pledged to more than triple the quantity of oil it ships to China annually. In 2013, Russian oil giant Rosneft inked a deal to ship $270 billion of oil to China over the next quarter century. China is also becoming a source of investment. State-owned China National Petroleum Corp. agreed last year to take a stake in a Russian liquefied natural gas project. In 2013, the China Investment Corp., Beijing’s sovereign wealth fund, pledged to up its investments in Siberia.

All of these plans and goals are easier to talk about than achieve, however. Russia has long held on-again, off-again dreams of becoming an Asian power. In the 19th century, the Tsars tried — and failed — to build a massive empire across the northern Pacific stretching from Siberia to California. Today, Russia still plays a minor role in East Asian trade, and the country cannot automatically redirect its exports from Europe to Asia. It isn’t clear, furthermore, how Russia’s oil industry will be able to satisfy its commitments to China. “Unfortunately for Putin, Moscow has limited capacity to make its pivot dreams a reality,” analysts Fiona Hill and Bobo Lo commented.

Still, Putin’s Asia dreams lay bare an uncomfortable truth facing Washington and Brussels and they attempt to resolve the Ukraine crisis. In the new world order, with varied centers of economic power, the West cannot isolate Russia. There’s always someone else ready to ignore politics and do business. 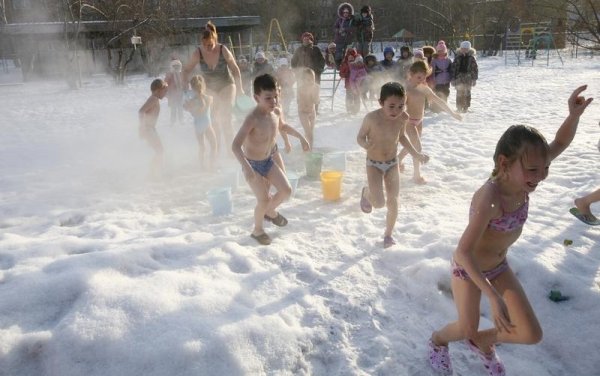 Putin Is Reviving a Stalinist Fitness Program to Whip Russians Into Shape
Next Up: Editor's Pick