Killed in Action, Far From the Battlefield

Iraq, 2007: Both a VA psychologist and the veteran who allegedly killed him served in Iraq that year.
Benjamin Lowy / Getty Images
By Mark Thompson

If you check the latest toll at icasualties.org, 4,489 Americans died in the Iraq war. But a killing Tuesday at a Department of Veterans Affairs clinic in El Paso, Texas, should have pushed that figure to 4,490—one of many additional KIAs in the Iraq war that will never be added to its final tally.

KIA means “killed in action,” and might not seem to apply to the death of Timothy Fjordbak, 63, allegedly at the hand of Jerry Serrato, 48, on the fourth floor of the El Paso clinic at Fort Bliss.

But, unfortunately, it does.

Serrato, 48, had served in Iraq for several months in 2007. He was discharged from the Army in 2009 for undisclosed physical reasons. He worked for a short time at the clinic in 2013, where Fjordbak, 63, was the chief psychologist.

A former employee at the clinic has told the Washington Post that Serrato was upset that the clinic had found his claim of post-traumatic stress disorder unwarranted.

“Although we do not know all the details, what we know of the case suggests anger at the VA for denial of benefits,” says Elspeth Ritchie, who served as the Army’s top psychiatrist before retiring in 2010. “Unfortunately, the scenario of angry patients killing their doctors is way too common, both in and out of the military.”

In October, 2013, Serrato allegedly threatened Fjordbak at a grocery store after Fjordbak didn’t recognize him, the FBI said following the murder. “It was a verbal threat —real or not—his (Serrato’s) perception was some wrong had been committed against him,” bureau agent Douglas Lindquist said.

“I know what you did,” Lindquist quoted Serrato telling Fjordbak, “and I will take care of it.” Fjordbak reported what he perceived to be a threat to local police.

Mid-afternoon Tuesday, Serrato went to the top floor of the four-story clinic and killed Fjordbak with a .380-caliber handgun.

Fjordbak left a private practice after 9/11 because he wanted to help veterans, officials said. He had served in Iraq for several months in 2007, just as Serrato did. There was no known doctor-patient or workplace relationship between the two men.

Fjordbak was lauded by troops he had treated, as well as colleagues and friends. “His main thing was that he could differentiate between symptoms of PTSD and traumatic brain injury,” Michael Rushton, a U.S. Air Force veteran treated by Fjordbak in November, told the El Paso Times. “It was a five-hour appointment and it was a very comprehensive series of tests. He was amazing and an excellent guy.”

The tragic case highlights the fog that is PTSD. Few PTSD sufferers are violent, and it’s challenging to attribute specific acts to the malady. “Although PTSD is associated with an increased risk of violence, the majority of veterans and non-veterans with PTSD have never engaged in violence,” according to the National Center for PTSD.

Was Serrato mentally ill? Angry over how the VA handled his case? Suffering from PTSD? Or some combination of those factors?

We’ll probably never know. After killing the psychologist, Serrato went into a restroom on the clinic’s third floor and killed himself. 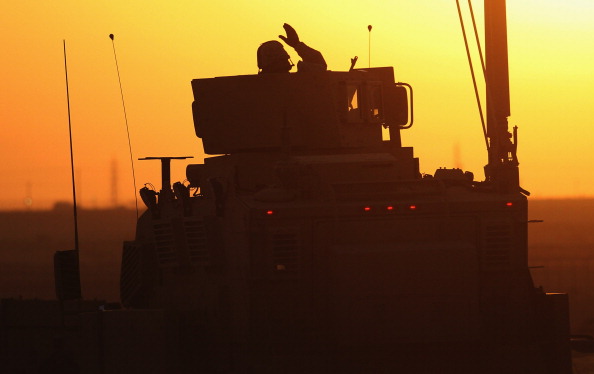