Still, this is agonizingly awkward nearly five-minute video, in which a knife-throwing duo competes on a talent show on Lithuanian television.

The setup is standard: One man stands in front of a board, and the other man throws knives at him, missing him by excitingly slim distances.

There’s a twist, though. The man throwing the knives isn’t actually good at throwing knives.

Starting at the 5:20 mark, the knife-throwing half of the duo nicks his partner’s finger with an errant toss, and does so again at 5:41. Then the flaming knives come out.

The most cringe-worthy part of the whole thing is perhaps the end, where the man previously strapped to the target is holding his now-bleeding hand behind his back as the act lines up to receive the judges’ feedback. At the end, the pair attempt to surreptitiously clean up the poor guy’s blood from the stage with their shoes.

We don’t speak Lithuanian, but a savvy guess as to the content of the judges’ comments might be “What were all of you thinking?” 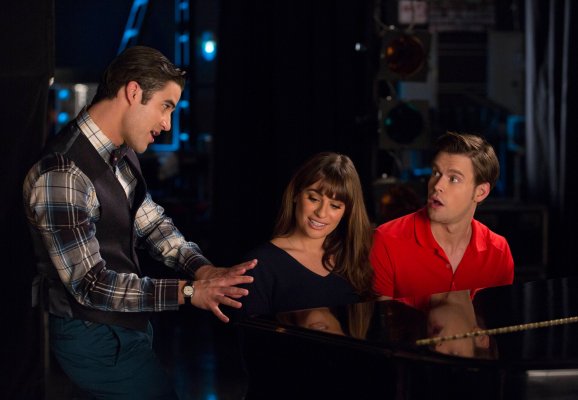 Your Guide to Hate-Watching Glee’s Final Season
Next Up: Editor's Pick