The suspected shooter of a female cop in a Paris suburb is now also suspected of attacking a kosher grocery store. The New York Times reports that the shooter has taken five hostages and killed two at Hyper Casher in eastern Paris near the Porte de Vincennes.

The suspect, a man named Amedy Coulibaly, is reportedly in the same terrorist cell as the two Charlie Hebdo shooters currently suspected of holding a hostage in a factory northeast of Paris near Charles de Gaulle airport. There, Saïd and Chérif Kouachi have reportedly told negotiators they intend to “die as martyrs.”

Coulibaly and a woman, Hayat Boumeddiene, are both wanted in connection with the fatal shooting of a police office in the suburb of Montrouge on Thursday, according to a statement from law enforcement officials.

On Friday, Prime Minister Manuel Valls told reporters that the incidents were connected and that the shooter had communicated with the Kouachi brothers — suggesting that Wednesday’s attack might be part of a bigger plan. “The latest advances in the investigation allows us to establish a connection” between the two incidents, Valls said on Friday afternoon, while he was meeting the grief-sticken staff members of Charlie Hebdo, at the offices of the French daily newspaper Libération. 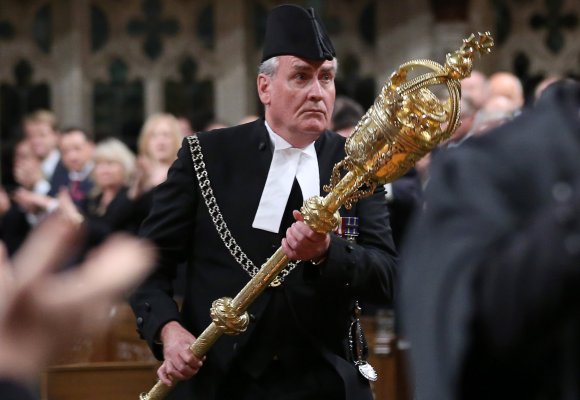 Hero of Ottawa Attack Gets Ambassadorship
Next Up: Editor's Pick