Boston May Be the Next Olympic Sucker

Buildings stand in the city skyline in Boston, Massachusetts, U.S., on Tuesday, Oct. 7, 2014.
Bloomberg—Bloomberg via Getty Images
By Sean Gregory

But Boston may lose, big time.

On Thursday the U.S. Olympic Committee chose Boston as America’s bidding city for the 2024 Olympics. Beantown beat out San Francisco, Washington D.C., and Los Angeles in the Olympic sweepstakes. The latter’s loss is a mild surprise, considering LA’s Olympic experience: the city has hosted the Games twice, and has plenty of venues already built. Not that Boston has no Olympic attractions. Beach volleyball in Boston Common and field hockey at Harvard Stadium sound cool. The city is pretty compact. Hopefully they’ll find some use for Fenway Park. (Equestrian events? Yankees fans might appreciate horses crapping all over the outfield).

The host city won’t be named until 2017, and Boston’s rival bidders potentially include Rome, Casablanca, Paris, Nairobi, Doha and Berlin. While many Bostonians are excited about the the prestige and emotional lift that an Olympic win would provide, critics — like members of the No Boston Olympics opposition group — worry about the price tag. For good reason: academic research has consistently shown that for the host city, the Olympics aren’t the economic boon they’re cracked up to be. In fact, they do long-term harm.

Cities consistently spend more than the original budget projections: before the London Olympics, Will Jennings, a professor of political science and public policy at the University of Southampton, found that the average cost overrun for staging the Olympics was 200% since 1976. Boston has estimated that its bid would cost some $4.5 billion in private funding plus an additional $5 billion in regional infrastructure improvements. “That’s farcical,” says Andrew Zimbalist, a sports economist at Smith College, which is located some 80 miles west of Boston, and the author of the new book Circus Maximus: The Economic Gamble Behind Hosting the Olympics and the World Cup. Organizers in London, for example, initially said the Games would cost $4 billion. The final bill came out to to $15 to $20 billion.

Zimbalist was surprised that Boston got the right to bid. The International Olympic Committee (IOC) just passed reforms seeking to control the spiraling costs of hosting the Games: he’s convinced that Los Angeles, with its existing Olympic infrastructure, made the most economic sense. Boston’s biggest challenge will be building an Olympic stadium to host the opening and closing ceremonies, as well as track and field. Zimbalist is also skeptical of Boston’s plan to utilize its many universities to host events and athletes in an Olympics village. It’s one thing for MIT to have fields for archery, and for other universities to have pools. It’s another to convert these places into full-fledged Olympic venues, with seating and infrastructure to support a flood of spectators.

In his book, Zimbalist cites stacks of research showing that the Games aren’t worth it. The Olympics, cities are often told, will boost tourism. One econometric study, however, showed that when other factors were controlled for, Atlanta saw no statistically significant change in retail sales, hotel occupancy, or airport traffic during the 1996 Olympics. During the Beijing Olympics in August of 2008, hotel bed nights dropped 39% compared to the prior year. For the 2000 Sydney Olympics, two researchers concluded that “in terms of purely measurable economic variables the [Games] had a negative effect on New South Wales and Australia as a whole.”

During the Olympics, athletes, officials, media and fans often replace traditional tourists who are more likely to explore the city and spread the word about its virtues. Olympic tourists may brag about their swimming tickets in Boston. But jealous friends can’t then replicate that experience, cause the Olympics are over. So why go to Boston? The idea that the Olympics puts a city on a “world stage,” which will subsequently attract new investment and tourist dollars, in largely bunk.

“More often that not, Olympics wind up as a public burden,” says Zimbalist. “I have no reason to believe that Boston will be an exception rather than the rule.” 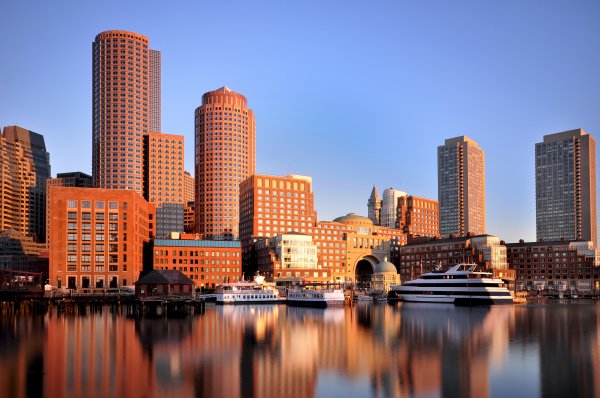 Boston Selected as U.S. Bid for 2024 Summer Olympics
Next Up: Editor's Pick