A food cart worker filled a styrofoam take-out container for a customer in New York in 2013.
Spencer Platt—Getty Images
By Eliana Dockterman

“These products cause real environmental harm and have no place in New York City. We have better options, better alternatives, and if more cities across the country follow our lead and institute similar bans, those alternatives will soon become more plentiful and will cost less,” said de Blasio. “By removing nearly 30,000 tons of expanded polystyrene waste from our landfills, streets and waterways, today’s announcement is a major step towards our goal of a greener, greater New York City.”

The containers are popular not only in restaurants that offer a takeout option but also among the hundreds of food carts and trucks that populate New York’s streets. Such vendors will have to seek out recyclable alternatives, though businesses with less than $500,ooo in annual revenue can apply for exemptions if using alternative containers would cause “undue financial hardship.”

Though New York is the largest city to ban this type of “dirty foam,” other cities including San Francisco, Seattle and Portland have enacted similar measures. 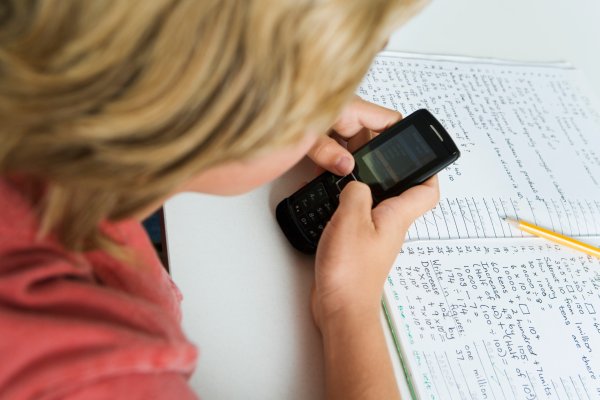 New York City to Lift Ban on Students' Cellphones in Schools
Next Up: Editor's Pick