The Bachelorette Andi Dorfman and Josh Murray have mutually decided to end their engagement.

“After several months of being engaged and working on our relationship, we have decided that it’s best for both of us to go our separate ways,” revealed Dorfman, 27, and Murray, 30, in a joint statement obtained by PEOPLE. “We are very sad that it has come to this point, but this is what’s best for both of us individually.”

The statement continued: “We will continue to be good friends and have nothing but great things to say about each other and wish each other the best.”

Though Murray popped the question in May, the big reveal on the finale of The Bachelorette in July came as a shock to many.

It seemed as if Dorfman was going to choose sales account executive Nick Viall – Viall seemed to think so, too. As he previously told PEOPLE, he was “completely blindsided” when Dorfman told him that she was in love with somebody else.

During the After the Final Rose special, a heartbroken Nick revealed that he and Andi had “made love” during their date in the fantasy suite.

When Dorfman chose Josh, she admitted that she had been “scared. … It has taken a lot of thought for me to get here and I know that that feeling from the very first time I saw you … I know that feeling right now, is love!”

On Monday, Dorfman told PEOPLE that the wedding plans had been put on hold. 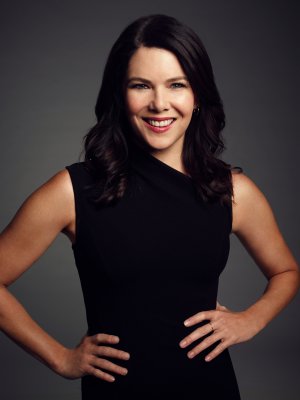 Lauren Graham Says Her Character's Ending on Parenthood Is 'Satisfying'
Next Up: Editor's Pick