A British police officer was sentenced to seven years in prison for running a brothel on the side, as it emerged he had been caught after alerting colleagues to his newfound wealth by showing up to work in a Ferrari.

Osman Iqbal, an officer in Birmingham, England, led a double life in which he had bank accounts that he used to launder hundreds of thousands of dollars from brothels in London, the BBC reports. He admitted conspiracy to run a brothel, conspiracy to launder money and possession of Class A drugs with intent to supply.

Restrictions on reporting about the conviction and sentencing, which occurred in September, were lifted after Iqbal, 37, admitted on Wednesday to three counts of misconduct in public office over a separate offense.

According to the BBC, colleagues became suspicious of Iqbal when he arrived for work in a $260,000 Ferrari. That prompted an investigation from the West Midlands Police counter-corruption unit. 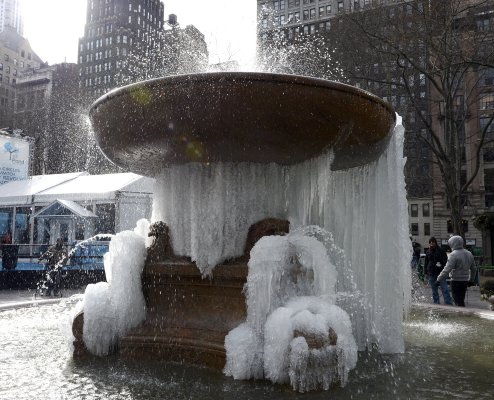 Here Are Photos of Frozen Fountains to Remind You How Cold It Is Everywhere in the U.S.
Next Up: Editor's Pick