Dunkin' Donuts Has Some Big Plans for China

Pedestrians walk past the Dunkin' Donuts logo at the opening ceremony of the company's flagship store in Shanghai, China, on Nov. 20, 2008.
Bloomberg via Getty Images
By Jack Linshi

The 16 Dunkin’ Donuts stores in China are set for a nearly 100-fold increase.

The chain announced in a statement Thursday it has signed an agreement to open more than 1,400 Dunkin’ Donuts restaurants throughout China over the next two decades.

The development agreement with Golden Cup Pte. Ltd is the largest in the company’s history, and the first restaurant under the contract is expected to open in the fourth quarter of this year.

In China, Western fast food chains are branded as higher-end options for casual dining, and they’ve continued to popularize and expand as the country’s middle-class population grows. Chains like KFC, Pizza Hut and McDonald’s — as well as Dunkin’ Donuts — have even adapted their menus to cater to local tastes. Dunkin’ Donuts, for example, offers Mochi Ring Donuts.

The chain’s plan to expand in China is the latest step in its Chinese growth strategy, following an agreement in 2013 with Fast Gourmet Group to open over 100 restaurants in Eastern China, the company said. The company has also signed development agreements in Brazil, Austria and Sweden. 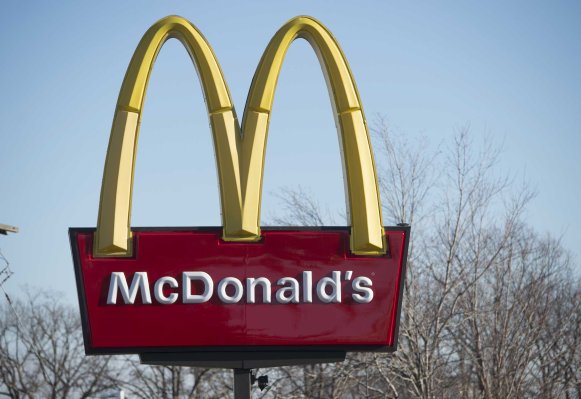