The Northeast has been a region at war with itself, pulled toward its higher ideals of democracy and equality yet bedeviled by racial segregation.

At some moments during the twentieth century, segregation and racism prevailed. At other times, movements for racial democracy carried the day. This presents a stark contrast with southern history, where the proponents of white supremacy strangled dissent and throttled almost every attempt to bring racial equality.

At the beginning of the 1970s, Senator Abraham Ribicoff of Connecticut illuminated all of these forces: northern racism, northern progress, and southern resistance.

This saga began in February 1970, when Ribicoff stood on the Senate floor and declared: “The North is guilty of monumental hypocrisy in its treatment of the black man.” Ribicoff’s speech came in response to an amendment proposed by Senator John Stennis of Mississippi, a longtime segregationist. The Stennis Amendment stipulated that school integration policies had to be uniform across the country. If the Senate wanted to pass a bill aimed at integrating southern schools, then northern cities would have to enact the same policies. Stennis hoped that if white northerners had to apply such policies to their own states, they would stop devising programs for school integration. Stennis had explained to his colleagues from the North: “If you have to integrate in your area, you will see what it means to us.” His amendment was a clever ruse.

Ribicoff saw an opening. By speaking in favor of the Stennis Amendment, he could give public expression to the segregation that plagued so many schools and neighborhoods above the Mason-Dixon line. He described the North’s thoroughly segregated landscape of cities and suburbs, and he denounced northern leaders for racial inequalities to deepen.

In the aftermath of Ribicoff’s speech, white southerners hailed him as a hero. Nothing warmed southern hearts more than the sight of a New England liberal who decried northern racism. Southern senators praised Ribicoff to the heavens. Dixie’s newspapers featured Ribicoff in editorials and political cartoons. A cartoon in the Richmond Times-Dispatch depicted a statue of Ribicoff on Richmond’s Monument Avenue – next to the statue of Robert E. Lee.

Yet there was one white southerner who did not join in the exaltation: the liberal journalist Robert Sherrill. In the pages of The Nation, Sherrill took the opportunity to skewer Ribicoff. And he pinpointed the vital racial differences between the North and the South. Sherrill acknowledged, “Everyone knows that the North has been no saintly station of racial benevolence…The North’s callousness toward Negroes … is long-standing.” Sherrill noted that white northerners “shoot Panthers, stuff blacks into slums,” and “flee integrated neighborhoods.” But those facts did not comprise the totality of the region’s racial practices. The North possessed other traditions. For instance, Northeastern states had passed fair employment laws and several cities had elected African American politicians. Relative to the South, “other sentiments do prevail in other regions and it is only these other sentiments in other regions – which the South calls hypocrisy – that have ever given the black man a chance in this country.” If the nation was ever to realize its dreams of democracy and freedom, it had to draw on the traditions of the North.

Many northern liberals also took Ribicoff to task. Jacob Javits jousted with his good friend on the Senate floor. Walter Mondale pointed out that the Senate had passed the Fair Housing Act in 1968, over the objections of southern senators. Indeed, during the 1960s, the nation had enacted landmark civil rights laws only because northern liberals stood strong in the face of the southerners’ filibusters. But in 1970, Ribicoff encouraged many northerners to stand with John Stennis. Ribicoff’s speech seemed to endanger efforts for integration, as it threatened to fracture the liberal bloc in the Senate. Thus the liberal Jew from New England was lionized in Virginia and scorned in New York.

One year later, Ribicoff put his money where his mouth was. He showed himself as no apologist for the South, but as someone deeply committed to desegregation. Ribicoff moved beyond mere rhetoric about northern hypocrisy. He channeled the region’s more noble traditions, and crafted a creative and forward-looking policy. In 1971, Ribicoff proposed a bill that would integrate every last urban and suburban school in America. The Urban Education Improvement Act left many of the details up to each locality. Ribicoff imagined that metropolitan areas might institute redistricting and busing, or build magnet schools and educational parks. His plan was grand, and it was to be implemented by 1983.

White southerners cried foul. Now that they were confronted with an actual integration plan – rather than just a speech exposing northern racism – they denounced Ribicoff. In turn, Ribicoff gained the support of many northerners who had previously eyed him with suspicion. His proposal suggested that northern liberals might not cede the future to John Stennis.

Yet many advocates for racial justice opposed the Urban Education Improvement Act of 1971. Leaders of the NAACP stood against the plan because they believed that 1983 was too long to wait for integration.

Ribicoff’s plan garnered mixed reactions from other northern senators. Southerners rose as one against it. The Senate defeated the bill easily in 1971, and again in 1972.

Ribicoff both laid bare the segregation that festered in northern cities and proposed a forceful plan to combat it. He exposed one powerful northern tradition: racial segregation. He also tried to revive the North’s other tradition – a commitment to racial equality. The two sides have coexisted in the Northeast, the progress together with the backlash. This is a messy history, and it can be difficult to assimilate. If we are to truly understand America’s racial history, we must reckon with the northern past – tangled and troubled as it is.

We can also recognize Ribicoff’s grand plan as one opportunity that the nation never seized. Our history is littered with roads not taken. The hope now is that Americans do not miss the opportunities presented in our own time. The moment for action is fleeting, and it can pass in the blink of an eye. Each protest in the streets presents us with a new opportunity to address the racial inequality that still shapes our society. Let us not look back, years from now, and remember this as a moment that we were too timid to seize.

Jason Sokol is an Assistant Professor of History at the University of New Hampshire and the author of “All Eyes Are Upon Us: Race and Politics from Boston to Brooklyn” (Basic Books) 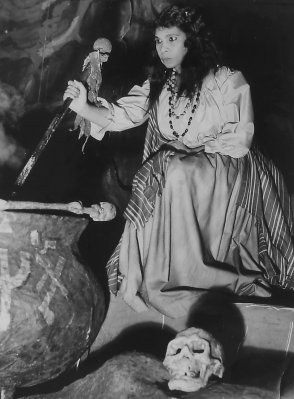 How Classical Music Advanced the Civil Rights Movement
Next Up: Editor's Pick