Apple’s App Store Just Had Its Biggest Day Ever

Apple already won Christmas. Now it looks like it probably won New Year’s too. The company just revealed that New Year’s Day was the largest sales day ever for the App Store, which sells apps for the iPhone, iPad and iPod Touch. During the first week of January, customers spent nearly $500 million on iOS apps, a new record for Apple.

2014 wasn’t a shabby year for the App Store either. Apple said app sales rose 50 percent year-over-year and the company paid out $10 billion to developers in 2014. Since Apple keeps 30% of the revenue from each App Store transaction, that means the company pocketed about $4.3 billion from app transactions last year. Overall, developers have earned about $25 billion from app sales since the App Store launched in 2008, putting Apple’s total take above $10 billion.

Cultivating a user base that spends lots of money on apps remains one of Apple’s key advantages over Google and its Android operating system. Though the vast majority of smartphones today run on Android, the App Store’s global revenue was 60% higher than revenue from the Google Play Store in the third quarter of 2014, according to mobile analytics firm App Annie. 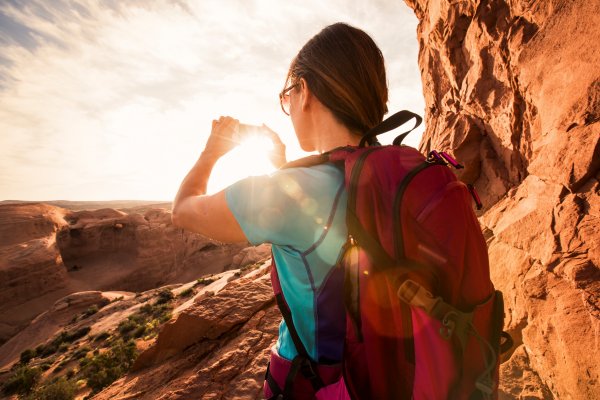 These 6 Apps Will Help You Tell Amazing Stories With Just Your iPhone
Next Up: Editor's Pick