Indianapolis Metropolitan Police Department officers work on Indianapolis' Eastside after an officer was injured in in an exchange of gunfire that killed the suspect on May 30, 2014.
Danese Kenon—he Indianapolis Star/AP
By Josh Sanburn

Indianapolis will hire dozens more police officers this year in an attempt to lower its increasing murder rate, one at odds with the majority of U.S. cities experiencing gradual declines in homicides.

Indianapolis Mayor Greg Ballard has long pledged to lower the city’s crime rates, hoping an influx of police officers will help. Last year, the city hired 80 new recruits. But this year, the mayor will hire even more: 115 new police officers, according to local affiliate Fox59, 25 more officers than initially planned.

Since 2010, Indianapolis’s criminal murder rate has gradually risen as other cities like Baltimore and Dallas have seen declines. Last year, the number of homicides in Indy increased 8% to 135, the highest in eight years, and is up by about a quarter over the last decade. The murder rate per capita was the third-highest on record for the Midwestern capital and has even leapfrogged Chicago’s homicide rate in the last few years.

(MORE: Women Are More Likely to Be Killed by a Man in These States)

City officials often blame the rising homicide rates on gang violence and drug activity, particularly the growth of heroin use in and around Indy and its suburbs. 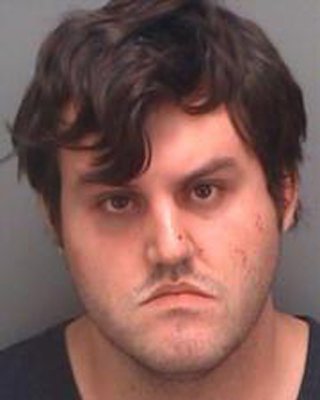 Dad Throws 5-Year-Old Daughter Off Bridge
Next Up: Editor's Pick