The two brothers who are prime suspects in the deadly terrorist attack that killed 12 people in Paris managed to evade capture for a second day on Thursday, as France endured a national day of mourning that accompanied vigils around the world.

The brothers appeared to have sought refuge Thursday about 50 miles northeast of the French capital, as thousands of police mounted a furious manhunt to find them. As night fell in France amid large vigils and a national day of mourning, the suspects had not yet been apprehended. Dozens had been questioned in the investigation and nine people police said were close to the suspects had been detained, the Associated Press reports, but what if any connection they had to the attack on the satirical newspaper Charlie Hebdo remained unclear.

“France has been struck directly in the heart of its capital, in a place where the spirit of liberty — and thus of resistance — breathed freely,” French President François Hollande said. On Thursday, U.S. President Barack Obama visited the French embassy in Washington, D.C., to sign a guest book of condolences.

MORE: What to Know About the Paris Terrorist Attack

The day of mourning coincided with a closely watched manhunt and with authorities saying their primary concern was preventing another attack. At about 10 a.m. Thursday, residents in the town of Villers-Cotterêt in the Aisne district of Picardie said they had spotted the two men, Saïd and Chérif Kouachi, driving through the town, armed with Kalashnikov rifles and rocket-propelled grenades.

Later on Thursday morning, the brothers stole food and gas from a local gas station, according to France 3 Picardie, the local television channel. They later fled, abandoning the car, and an unnamed police source told the French news agency Agence France-Presse that they had found black jihadist flags and homemade firebombs in the vehicle.

Reports on local and social media suggested the search was focused on the Villiers-Cotterêt area, including the town of Crépy-en-Valois, the village of Abbaye de Longpont and surrounding forest. The Ministry of the Interior extended its area of high alert on Thursday evening from Paris to also include the Villers-Cotterêt area.

While Hollande’s government vowed to capture them quickly, the more worrying question is this: How did well-known hard-liners who have been under surveillance for years for their jihadist views succeed in pulling off a spectacular assault under the noses of the French police?

The prime suspects for the Charlie Hebdo massacre — Saïd, 34, and his brother Chérif, 32 — were born of Algerian immigrant parents in Paris’ 10th District; police believe they came home last summer after fighting with jihadist groups in Syria. A third suspect gave himself up to police in Paris after his name was mentioned in social media. Classmates of Mourad Hamyd, 18, said he was in class with them at the time of the attack. They launched a hashtag campaign #MouradHamydInnocent as evidence of his innocence.

The brothers were orphaned at a young age and raised in foster care in the city of Rennes, according to the French paper Libération. Astonishingly, the police zeroed in on the two after Saïd left his national identity card in the Citroën car that the two used to flee from the police on Wednesday, according to French media reports. Their faces are now on wanted posters on public buildings across France, with police appealing to people to look out for the brothers and to report any information about their whereabouts.

The Kouachi brothers were still on the run on Thursday morning. Hundreds of riot police raided a low-income housing complex in the northeastern city of Reims overnight, where the older brother, Saïd lived, according to French media. One neighbor told RTL Television that he was “a guy I pass regularly in the stairs while leaving the building.”

But while the Kouachi brothers’ location was a mystery on Thursday morning, the political history of one of them was not.

Chérif Kouachi was part of a network of militants from Paris’ 19th District, a relatively poor area with a high number of immigrants on the northeastern edge of the city, that found ready recruits for jihadist activities after the U.S. invasion of Iraq in 2003. Chérif tried to go to fight in Iraq by traveling through Syria but was arrested on the way.

Although not originally a devout Muslim, Chérif allegedly joined the jihad after seeing the photographs of abuse by U.S. soldiers in Abu Ghraib prison in 2004. He later described to police how an imam in his neighborhood had recruited youths to fight against U.S. forces in Iraq, according to the New York Times, which wrote about him and his friends in 2005.

Although he himself never made it to the battlefield in Iraq in 2004, he was sentenced in 2008 to three years imprisonment after a dramatic trial and served 18 months in jail. In a chilling echo to today’s anxieties about the French citizens fighting in Syria and Iraq, the police at the time warned that the French youths drafted to fight for al-Qaeda in Iraq “could use Iraqi battlefield skills in terror attacks back in France,” the Associated Press reported at the time.

French investigative-news program Pièces à Convictions also reported on him in 2005 while he was in prison. According to the program, Chérif preferred rap music and hanging out with girls to going to the mosque.

But within months he became a dedicated student of a man called Farid Bennyatou, whom he met regularly. Chérif is cited in the video saying that “Farid told me that the texts demonstrate the benefit of suicide attacks. It is written in these texts that it is good to die as a martyr.” The television program describes how Chérif became convinced very quickly that he too wanted to fight. His preparations for doing so were amateurish: a few jogs around the park and a short meeting with a supposed arms specialist who explained how to use a Kalashnikov.

“Thanks to Farid’s advice, my doubts faded. I was scared but didn’t say so. It’s evident that Farid influenced me in my departure, in that he gave me a justification for my imminent death,” he says in the video. 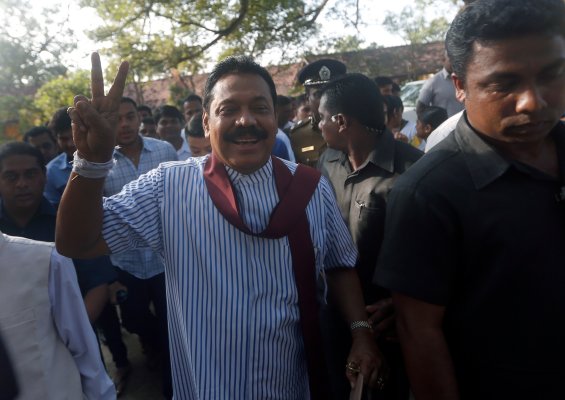