C.K. swapped his usual black shirt for a red one at his Wednesday night performance at New York City’s Madison Square Garden, in honor of the victims of the attack on Charlie Hebdo, MTV reports. His red shirt bore the handwritten name of the magazine in black ink.

The Wednesday assault on the magazine’s Paris offices, in which masked gunmen murdered 12 people — including the publication’s top editor, cartoonists and police officers — has brought outpourings of shock and grief from world leaders, celebrities, journalists, law enforcement and the global community. 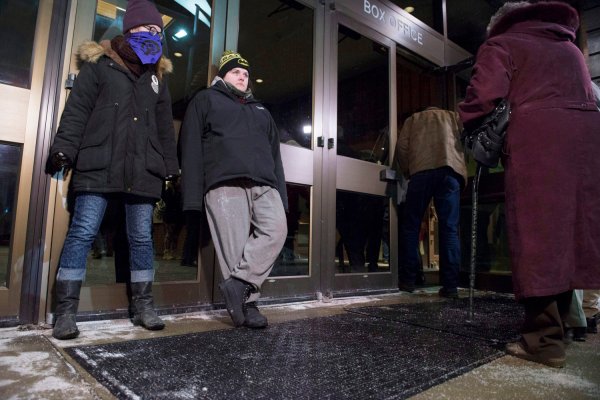