What to Know About the Paris Terrorist Attack

France was set for a day of mourning Thursday after a terrorist attack Wednesday on the Paris offices of a satirical French newspaper left at least 12 people dead, including eight journalists. On Thursday, thousands of police and soldiers were searching for two men who may have been seen at a gas station north-east of Paris.

What happened?
At about 11 a.m. on Wednesday, gunmen in black ski masks with Kalashnikov weapons stormed the offices of the newspaper Charlie Hebdo and opened fire on an editorial meeting before fleeing in one car and then hijacking and escaping in another. By the time it was over, at least 12 people were killed and another 11 injured — four critically — in the deadliest terrorist attack in France in recent memory. Among the dead was editor Stéphane Charbonnier, known by his pen name Charb, the revered iconoclast cartoonist who had long defended his staff’s right to free speech.

What is Charlie Hebdo?
The French satirical newspaper has a long and storied history of lambasting just about all aspects of French society, including politics, pop culture and religion. Founded in 1970, the newspaper’s incendiary cartoons have given it a permanent place in French discourse, even if the newspaper has never gained a particularly high circulation. Last month, for example, the newspaper printed a depiction of the Virgin Mary that showed her spread-eagle giving birth to Jesus. In 2009, following the death of Michael Jackson, the newspaper’s cover featured a cartoon white skeleton of Jackson with the headline, “Michael Jackson Finally White.” And in September 2012, the paper printed a cartoon depicting the Prophet Muhammad naked, despite protests from the French government amid concerns that the image would incite violence.

The newspaper’s coverage of Islam put it in the global spotlight even before Wednesday’s attack. In 2006, it published cartoons of the Prophet Muhammad that had previously been printed in a Danish newspaper and prompted protests from Muslims around the world. Two Muslim civil rights groups sued the paper in a case that was ultimately thrown out. In 2011, a day after announcing that the Prophet Muhammad would be its “editor in chief” for the next issue, the newspaper’s offices were firebombed. No one was injured in that attack, but the newspaper was forced to change offices and boost security. Charbonnier, the newspaper’s editor, was assigned a bodyguard.

In October, one of the newspaper’s cover illustrations showed a militant of the Islamic State of Iraq and Greater Syria beheading the Prophet. Last month, it portrayed the Virgin Mary, legs spread, giving birth to Jesus.

Who are the suspects?
The prime suspects for the Charlie Hebdo massacre are Saïd Kouachi, 34, and his brother Chérif, 32, who were born of Algerian immigrant parents in Paris’ 10th District and whom police believe returned to France last summer after fighting with jihadist groups in Syria. The brothers were orphaned at a young age, and raised in foster care in the city of Rennes, according to the French paper Libération.

Police zeroed in on the two after Saïd left his national identity card in the Citroen car which the two used to flee from the police on Wednesday, according to French media reports.

Little is known about Saïd, but Chérif was part of a network of militants from Paris’ 19th District, a relatively poor, immigrant area on the northeastern edge of the city, that found recruits for jihadist activities after the U.S. invasion of Iraq in 2003.

Not a devout Muslim, Chérif allegedly joined the jihad after seeing the photographs of abuse by U.S. soldiers in Abu Ghraib prison in 2004. He later described to police how an imam in his neighborhood had recruited youth to fight against U.S. forces in Iraq, according to the New York Times, which wrote about him and his friends in 2005.

Read more about the brothers here.

What were their motives?
It’s not clear if the attackers were responding to a specific item. The newspaper’s most recent issue, for example, featured on its cover a cartoon of controversial French author Michel Houellebecq, whose latest book Submission — which was published in France the same day as the attack — envisions France coming under Islamist control. Al-Qaeda named Charbonnier, the Charlie Hebdo editor, to its most-wanted list in 2013.

What was the police response?
Police at or arriving on the scene appeared to have been initially outgunned by the heavily armed assailants. Two officers were killed and two others were seriously injured, according to Le Monde. But once the gunmen fled, French authorities raised the terrorism alert to its highest level and initiated a massive operation to secure the city and find the suspects as part of France’s Vigipirate program, a security alert system that dates back to 1978. Authorities said 2,000 additional police officers and 650 members of the armed forces would be deployed Thursday to protect key locations in the city, including tourist sites, major transportation hubs and places of worship.

What was the world’s response?
Public support for Charlie Hebdo flowed in from across France and from around the world. An estimated 100,000 people took to the streets across the country to express solidarity with the newspaper, while the hashtag #JeSuisCharlie — “I Am Charlie” — flooded social media. Meanwhile, cartoonists the world over published their personal homages to the staff of the newspaper, and three of France’s leading media organizations pledged resources to keep Charlie Hebdo publishing.

World leaders joined the chorus condemning the attack. President Hollande traveled to the scene of the attack on Wednesday and declared the attacks a terrorist act aimed at undermining the right to free speech. “France today received a shock,” he said. “A newspaper means free speech for journalists.”

U.S. President Barack Obama expressed outrage over the attacks and his administration offered to provide assistance tracking down the suspects. 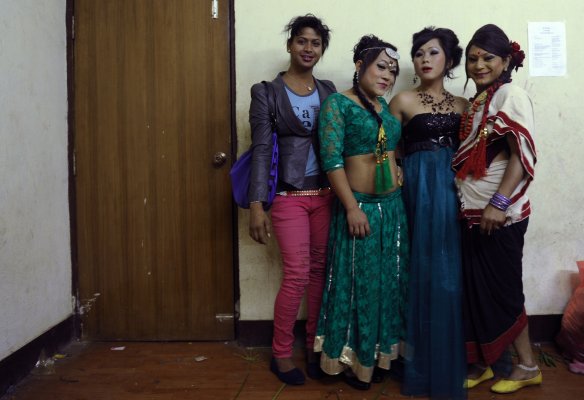