JetBlue's Reputation Up in the Air After Baggage Fee Announcement

We predicted this would happen. When JetBlue announced in November that it was scrapping its first-checked-bag-free policy and reducing legroom by shoehorning more seats onto its planes, Wall Street was thrilled — the airline’s stock jumped 4% after the announcement.

Travelers, however, not so much. There was a near-immediate backlash, and it’s only grown in the weeks since the news broke.

Right after the announcement, road warriors took to the forums on sites like FlyerTalk to complain that JetBlue was doing exactly the kind of nickel-and-diming it built its reputation on avoiding. One user described the policy change as “whack[ing] its customer base across the nose to suck up to Wall Street.”

Technically, JetBlue has said it’s creating a new, tiered pricing structure, but you won’t get a free checked bag anymore with the base fare starting next year.

Now, a new survey finds that these gripes aren’t just coming from a vocal minority. They’re indicative of traveler sentiment more broadly, and that could mean trouble for the popular low-fare carrier. According to the YouGov BrandIndex, which measures consumer sentiment, customer satisfaction with JetBlue has plummeted to a two-year low, falling from #3 to #4 among domestic airlines. JetBlue still holds its own against most of the legacy carriers, but it trails low-fare rivals Southwest —now the only holdout that offers free checked bags— and Virgin Atlantic.

“JetBlue has lost some of its ‘we’re different’ glow, and the word of mouth is definitely hurting them,” says YouGov spokesman Drew Kerr. “JetBlue had long been known as a special airline that operated differently, with more customer friendliness and in a better way than their competitors. Their vibe was always about being above the fray,” he says.

“JetBlue’s drop was statistically significant” from its previous position, he says. Where JetBlue suffered the most is in the perception category. Consumers who are surveyed are asked if they’ve heard anything about the brand from any source, and if that “buzz” is positive or negative. JetBlue’s score in this category actually began falling back in the springtime, Kerr says, and now it’s below the industry average.

“This fee announcement was a strong signal that perhaps [JetBlue] had lost its specialness and was joining all the other airlines in nickel-and-diming,” he says. If the survey results are any indication, that’s the impression the traveling public picked up, too. 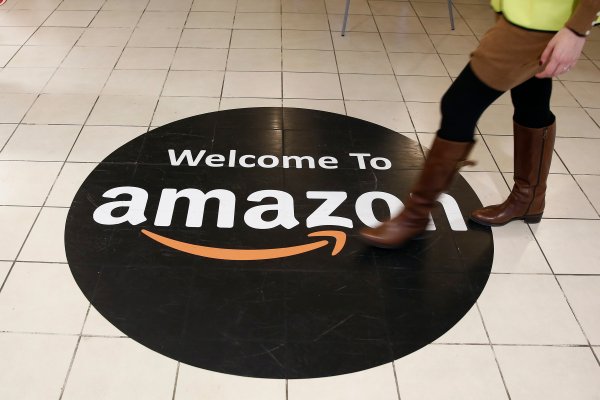 Amazon Will Produce Its Own Movies for Theaters
Next Up: Editor's Pick