Blasphemy Is at the Front Lines of Free Speech Today

If you defend freedom of speech today, realize that “blasphemy” is its front line, in Paris and the world.

There is no middle ground, no soft compromise available to keep everyone happy–not after the murders at the satirical newspaper Charlie Hebdo. Either we resolve to defend the liberty of all who write, draw, type, and think–not just even when they deny the truth of a religion or poke fun at it, but especially then–or that liberty will endure only at the sufferance of fanatical Islamists in our midst. And this dark moment for the cause of intellectual freedom will be followed by many more.

Can anyone who has paid attention truly say they were surprised by the Paris attack? The French satirical magazine had long been high on a list of presumed Islamist targets. In 2011—to world outrage that was transient, at best—fanatics firebombed its offices over its printing of cartoons. Nor was that anything new. In 2006, the Danish cartoonists of Jyllands-Posten had to go into hiding for the same category of offense, as had author Salman Rushdie before them.

In a new book entitled The Tyranny of Silence: How One Cartoon Ignited a Global Debate on the Future of Free Speech, journalist Flemming Rose, who was at the center of the Danish cartoon controversy, traces its grim aftermath in the self-silencing of Western opinion. Most of the prestige Western press dodged the running of the cartoons, and beneath the talk of sensitivity was often simple fear. As journalist Josh Barro noted today on Twitter, “Islamists have by and large succeeded in intimidating western media out of publishing images of Muhammad.”

That fear has been felt in the United States as well. Yale’s university press, in publishing a book on the Muhammad cartoons controversy, chose to omit printing the cartoons themselves, on the grounds that doing so “ran a serious risk of instigating violence.” (The late Christopher Hitchens brilliantly assailed the press for its lack of courage.)

As for elected leaders, they were hardly better. The French government repeatedly pressured Charlie Hebdo not to go so far in giving offense. The government of Jacques Chirac stood by at, or by some accounts even encouraged, a court action aimed at fining the magazine for having offended some Muslims. Then-British foreign minister Jack Straw, representing the nation that gave the world John Milton and John Stuart Mill, blasted re-publication of the cartoons as “insensitive” and “disrespectful.” And if you imagine the leaders of the United States did much better, here’s another Christopher Hitchens column on how mealy-mouthed they were at the time in the cause of the intellectual liberty that is supposed to be among America’s proudest guarantees.

The danger is not that there will be too little outpouring of solidarity, grief, and outrage in coming days. Of course there will be that. Demonstrations are already underway across France. The danger comes afterward, once the story passes and intellectuals and those who discuss and distribute their work decide how and whether to adjust themselves to a more intense climate of fear. At media outlets, among conference planners, at universities, there will be certain lawyers and risk managers and compliance experts and insurance buyers ready to advise the safer course, the course of silence.

And then there are the lawmakers. After years in which blasphemy laws were assumed to be a relic of the past, laws accomplishing much of the same effect are once again on the march in Europe, banning “defamation of religion,” insult to religious beliefs, or overly vigorous criticism of other people’s religions when defined as “hate speech.” This must go no further. One way we can honor Charb, Cabu, Wolinski, Tignous, and the others who were killed Wednesday is by lifting legal constraints on what their successors tomorrow can draw and write.

Walter Olson is a senior fellow with the Cato Institute’s Center for Constitutional Studies. 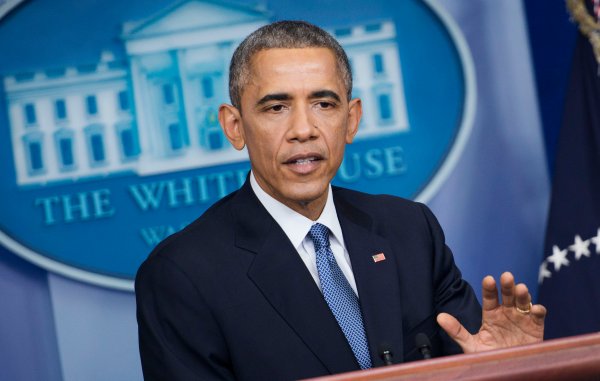 The Government Must Show Us the Evidence That North Korea Attacked Sony
Next Up: Editor's Pick