Beats headphones are sold in an Apple store on May 9, 2014 in New York City.
Andrew Burton—Getty Images
By Victor Luckerson

A former partner of Beats Electronics is suing the company and phone manufacturer HTC for “deliberate acts of corporate betrayal.” Monster, which was involved in the design and development of the original Beats headphones, is alleging that Beats founders Jimmy Iovine and Dr. Dre conned Monster out of its stake in the headphone empire through a series of unscrupulous business maneuvers. Now Monster is seeking punitive damages from Beats, which Apple bought last spring for $3 billion.

In its 64-page complaint, Monster unloads a barrage of allegations against Beats, particularly against Iovine. (Beats did not respond to an email seeking comment). Here are the key points you need to understand about the contentious relationship between the two companies that helped grow luxury headphones into a billion-dollar market.

According to Monster’s complaint, Monster CEO Noel Lee and his son Kevin originally pitched the idea of high-end headphones to Iovine and Dr. Dre, who had been considering launching a speaker line, in late 2005. Eventually, Beats and Monster entered into a licensing agreement in early 2008—Monster would handle the engineering, production and distribution of the headphones, and Beats would offer the “Beats by Dre” branding and leverage the clout of Iovine and Dr. Dre to market them to sports and hip-hop fans. Monster says it financed the engineering of the original headphone line and developed at least 30 protoptypes. The combo of headphones of at least decent quality with extremely slick marketing and packaging was an immediate smash hit. Between 2008 and 2012, Beats by Dre products generated $1.5 billion in revenue, according to Monster.

Monster and Beats Cozy Up

As the premium headphones began to gain traction, Monster took a few actions to strengthen its relationship with Beats that the company now says led to its “betrayal.” In August 2009, Noel Lee bought a 5% stake in Beats (at the time, Iovine and Dr. Dre each had a 15% stake, according to Monster). That same year, Monster amended its licensing agreement to stipulate that Beats could terminate its licensing agreement with Monster if there was a transaction that resulted in a “bona fide change in control,” such as someone buying a majority stake in Beats.

In August 2011, phone manufacturer HTC bought a 51% controlling stake in Beats Electronics. According to Monster, this sale was the “bona fide change in control” that Beats needed to terminate its licensing agreement with Monster. The end of the Monster-Beats partnership was formally announced in January 2012, and Monster says it was “strong-armed” into providing information about its retailer and logistics networks to Beats quickly in exchange for getting to sell Beats-branded products for a slightly longer period.

Less than a year after the HTC investment, Beats Electronics bought back half of HTC’s shares in the company, granting Iovine and Dr. Dre a 75% controlling stake in Beats. HTC had also provided Beats with a $225 million loan before the Beats founders bought back a portion of the company. At the time, HTC said the financial decisions were meant to give Beats “more flexibility for global expansion while maintaining HTC’s major stake and commercial exclusivity in mobile.” Monster, meanwhile, believes the entire HTC investment was a “sham” aimed at giving complete control of Beats to Dr. Dre and Iovine. “If the contractual arrangements between Beats and Monster terminated without a change of control, Beats would not have gained control of Monster’s pioneering engineering efforts, as well as Monster’s distribution and sales networks,” Monster wrote in its complaint. Beats bought out the rest of HTC’s stake in the company in 2013.

Monster’s Lee had reduced his stake in Beats from 5% to 1.25% following the end of the Monster-Beats partnership. As he was deciding whether to offload his Beats stake entirely in September 2013, Lee claims that he talked to multiple Beats officials who told him that Beats had no liquidity event coming “in the next year or two.” Lee sold his stake back to Beats at a price of $5.5 million. Eight months later, Apple bought Beats for $3 billion. Lee’s stake would have been worth about $100 million. 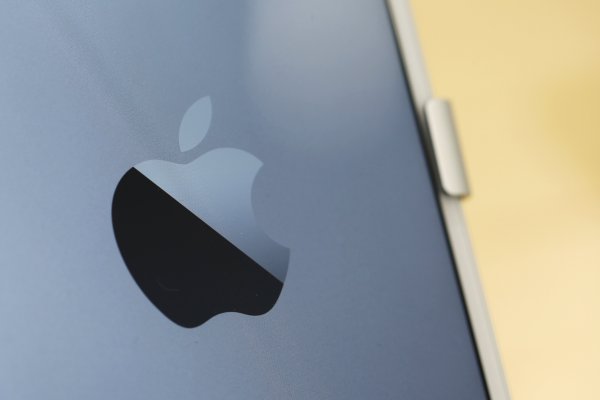 Has Apple Software Quality Has Taken a 'Nosedive'?
Next Up: Editor's Pick