The first few weeks after the birth of my second son are tough to remember through the fog of sleeplessness, stress, and levels of exhaustion. But William Giraldi’s recollections might be hazy for a different reason – he spent his paternity leave in a drunken stupor.

Giraldi, a novelist and fiction editor of a Boston University literary journal, recently detailed his 9-month-long paternity leave in a piece for The Baffler magazine. Except after taking advantage of the university’s “workload reduction” program – in which he stipulated he was taking on more than 50% of parental duties – Giraldi ran into a very serious problem.

He had way too much free time to sit around drinking beer while his wife took care of their two kids. Seriously.

“But since his care was taken care of by his mother – whose apparent willingness and capacity to do almost everything for him flooded me with awe – I spent those nine months trying not to be bored while not writing a novel that was coming due,” Giraldi wrote. “Hey, the proper dose of lager seemed to slacken my body without sapping my mind, and all day long, while I was not-writing my novel and not-feeding my newborn son, I looked forward to those drinks with a religious panting.”

Giraldi went on to describe hangovers that incapacitated him for days at a time, “iffy decisions involving the diaperless infant on an antique couch,” and long days spent simply in boredom. Because “let’s be honest: even in self-consciously progressive households, it’s a rare new father who does as much baby work as a new mother.”

Perhaps some of this is satire (fingers crossed), but whether fact or fiction, it promotes a tired image of the clueless – not to mention inebriated – dads so often portrayed in idiot sitcoms. It promotes the idea that women are automatically the doers of household chores and all things kid-related. And it adds to the harmful and misguided notion that paternity leave is a sham perpetrated by men who want paid time off to sit at home and do nothing but drink and play video games.

Only 15% of American companies offer paid paternity leave, and I’m lucky to work for one of them. Seven years ago, when my oldest was born, I didn’t have that luxury and had to cobble together vacation and sick days. Those first two weeks were instrumental in helping me bond with my youngest, guide my oldest into beginning stages of being a big brother, and help my wife recover from childbirth.

I didn’t do all the work. Hell, I probably didn’t even do most of the work. Giraldi is correct in that breastfeeding moms are often biologically forced to be the main caretakers due to the sheer number of feedings every day. However, there is still plenty for dads to do. But free time? Being able to drink for days on end and then spend even more time recovering from a hangover? I’m not even sure what that would look like. I couldn’t even go to the bathroom without my newborn screeching or my oldest pounding on the door to play outside.

I’m involved with groups of dads who practice what they preach in terms of shared parenting. Many of them sacrificed promotions for paternity leave because they recognized how important that initial bonding opportunity is. Others had to strain their finances and take unpaid family and medical leave. One dad, Josh Levs, even filed a discrimination complaint against his employer in the name of increased paid parental leave for biological fathers. These are all positive steps in the right direction, but the battle gets exponentially tougher when employers have their initial fears validated after reading about a 9-month Heineken bender disguised as paid paternity leave.

Life with a newborn is tough. But the sobering fact is that nine months of paid leave is a luxury most dads (and moms) aren’t afforded. It’s a shame to waste it on the wasted. 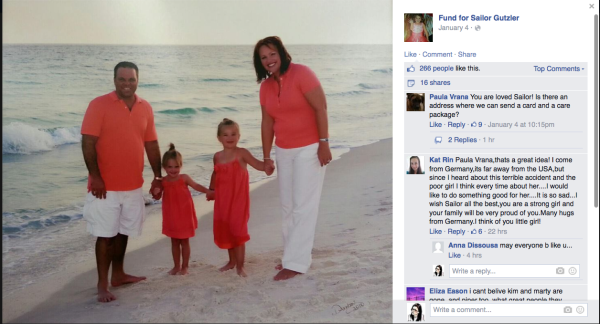 What Parents Can Learn from the 7-Year-Old who Survived a Plane Crash
Next Up: Editor's Pick