Attendees take a break at the 2015 International CES on Jan. 6, 2015 in Las Vegas, Nevada.
Ethan Miller—Getty Images
By Graphiq

Standing out at CES is a nightmare. With over 3,500 separate exhibitors and two million net square feet of presentation space, you need much more than a big sign and friendly representatives.

With this in mind, we set out to highlight the most eye-catching booths across all of CES. In order to pick—and rank—the final 20, we walked a combined five miles, snapped hundreds of photos and took between 12 and 15 water breaks.

In order to prevent the big guns from snapping up all the awards, we had a few basic rules.

1) Cleverness is more important than size. Just because you purchased tens of thousands of square feet doesn’t mean you earned a spot on this list.

2) The product or brand should come through. Bright lights and loud music are only good ideas if they match the personality of the company. No easy outs here.

3) We’re looking at the big-picture vibe, not any one feature or prop. How does the whole booth come together?

We’ll start with number 20 and count all the way down to the most eye-catching of all.

Sure, they might be a wearable camera company for law enforcement and private professionals, but that didn’t stop Vievu from committing to a theme. The checkered green golf attire contrasts pleasantly with the boring gray and black found throughout the show, while the putting green provides the perfect final touch.

Objecto’s nifty air humidifiers sit quietly near the louder, larger displays from Samsung and Monster, but the tricolor simplicity proves a visual winner. Clever. Plus, it’s nice to get a break from that stuffy Las Vegas convention air.

The 3D printing section of CES 2015 is technically impressive in miniature, but predictably, visually underwhelming from a distance. The lone exception this year is Makerbot, whose sleek, backlit display cases make their printers seem more like Louis Vuitton handbags than geeky niche products.

Blisslights provides nightclub-esque lighting effects for the home. We’re not sure we’re sold on every use case (they showcase a family Christmas with red twinkles dancing around the room), but they sure have a sense of spectacle.

What? The United States Postal Service at CES? We were surprised too. But perhaps the biggest shock is the booth’s tasteful, boxy design, which perfectly captures the essence of packaging and shipping. No one can accuse the USPS of mailing it in.

Glide is a mobile video messaging app, and so, naturally, they featured a DJ and beatboxer (he’s a dead-ringer at impersonating Michael Jackson, incidentally). Okay, so it’s not a perfect product-theme match, but Glide knows its target demographic, and they sure know how to create a scene.

For most booths at CES, you can avoid a smiley sales rep if you give the stall a 10-foot berth. Not Go Groove. The company’s chatty employees will find you in the crowd, reel you in, and enter you for a free pair of earbuds before you can say “marketing gimmick.” Whatever they’re doing, it’s working.

Massive, shimmering, and beautiful, LG’s space (the word “booth” doesn’t do it justice) is a study in contrast: deep blacks next to bright, gorgeous displays. The only reason they’re not higher is because we thought they could have done just a bit more with all that space.

The intelligent video chat company sports the most fascinating display at the show, a giant wall made up of tiny flaps, black on one side, white on the other. The whole thing looks and sounds just like the old school flight displays at the airport, but can change images in an instant. A visual marvel.

Of the dozen or so Smart Home mock-ups, the Lowe’s Iris Smart Home felt the most alive, a full, multi-room house plopped right in the middle of Tech West. Props for the chimney logo.

We’re docking Samsung just slightly for their space’s boring exterior (just a big white wall), but the interior is as colorful and vibrant as you would expect from the Korean electronics manufacturer. Bonus points for the visual allusion to old-school slide projectors.

Monster’s marketing strategy is timeless: take a product, then throw celebrities and popular music at it until it becomes cool. Even if you tend to roll your eyes at modern music videos, the space works. We felt more hip just walking by.

At CES 2015, the only thing more popular than fitness is athlete-models doing fitness. For hours. In hopes of catching the attention of out-of-shape geeks walking by. Among the 30 or so versions of this we saw, iFit made the strongest commitment, featuring an elevated stage and a dozen happy (hapless?) participants running, biking, and weight-lifting.

Snail’s gaming booth—filled with couches, controllers, and gaming demos—has a pitch-perfect green glow that seems emanate from the space and the walls of the center, hundreds of feet away. One of the best mood-setting booths at the show.

By far the most economical display we saw at CES, Sleep Number keeps things simple, but tremendously effective. The hanging mobile of numbers captures the companies brand of precise adjustment, while the simple statement below (“Too Hot? Too Cool?”) tells all the story we need. Smart, clean, efficient.

We saw nearly a dozen different drone demo areas, each surrounded with netting, most commanding a small crowd of curious onlookers. But no one put on as good a show as Parrot. With a countdown timer, red curtain, and circus-like presentation, Parrot puts on a 10-drone show several times per hour, with a combination of flying, driving, and bouncing robots.

The most impressive part about Oculus’ booth? You don’t even have to try their virtual reality product to appreciate their CES display. Multi-storied, polygonal, and tastefully shaded, the booth is a design achievement, recalling old-school video games and classic Calvin & Hobbes cartoons. When the architecture is this good, the booth doesn’t have to be flashy.

Polaroid nails a combination of modern technology and nostalgic design better than anyone at CES. With walls of classic Polaroids, bright displays with modern photography, and product models hanging from the ceiling, the Polaroid space is a visual treat. Just like a good photograph, Polaroid’s space draws your attention from display to display, intentionally leaving a gap here, a space there. Superb.

Only one space in all of CES is both foreign and inviting, like a time capsule from the future that instantly feels right at home. Intel’s chic space sets the mood with soft blue lighting, then throws in comfortable seats, a pillow-like carpet, and so much open space that for once, you won’t feel crowded. To walk through Intel’s corner is to experience the very best version of the show—the most eye-catching booth at CES. 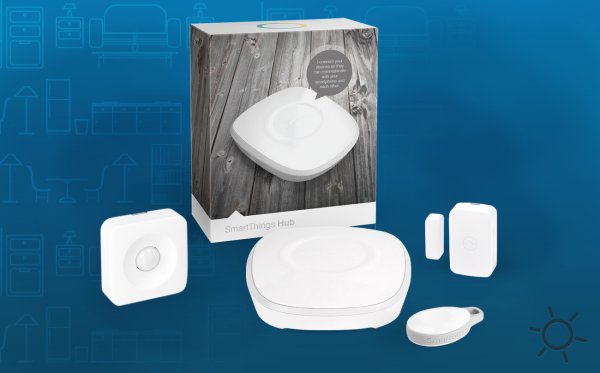 6 of the Coolest Smart Home Innovations at CES
Next Up: Editor's Pick