Few thought it could ever compete with the Broadway musicals.

Its tiny cast comprised eight actors and an orchestra of two — a pianist and a harpist. The set was Spartan: a small wooden platform, a bench, a trunk and a cardboard moon hung from a pole.

When The Fantasticks made its off-Broadway debut in 1960, at the Sullivan Street Playhouse in Greenwich Village, the reviews were bad enough that the show’s writer, Tom Jones (not that Tom Jones), spent the rest of the night drinking heavily and throwing up in Central Park, he later told the Associated Press.

The story itself was “slight,” according to the New York Times review, which summed up the plot thus: “A boy and a girl, who are neighbors, are in love as long as a wall separates them and they believe that their fathers disapprove. Actually, their fathers want them to marry. To create an irresistible romantic mood, the fathers arrange a flamboyant abduction scene in the moonlight.”

But the slight story, simply staged, became the little musical that could. When it closed on this day, Jan. 13, in 2002, it ended a run of 42 years and 17,162 performances, making it the world’s longest-running musical. Nothing on Broadway even comes close to its tenure: the nearest is The Phantom of the Opera, which opened in 1988 and played its 10,000th performance in 2012. The London production of The Mousetrap, now in its 63rd year, with more than 25,000 performances, is the only play to outdo The Fantasticks in longevity. The Agatha Christie whodunit is the world’s longest-running show of any kind.

Despite its dismal opening, The Fantasticks managed to get under the skin of critics and theatergoers. Five years after it opened, TIME heralded the musical as one of Broadway’s sleeper successes:

Its slow-but-steady success paid off for the 52 investors who gambled on the show in 1960. One investor, Ira Kapp, told the New York Times in 2010 that he’d only paid up in the first place because he felt guilty for nodding off during a run-through of the musical.

“That’s the luckiest investment I ever made in my life,” he said.

The show’s 2002 closing, as it turned out, was just an intermission: A revival opened four years later at the Snapple Theater Center — still off-Broadway, but now in Midtown, with the same small cast and sparse set. Tom Jones reprised the minor role he had played nearly half a century earlier, but with one tweak: the character once billed as “Actor” was listed instead as “Old Actor.”

Read TIME’s original assessment of The Fantasticks, here in the archives: Broadway: What Makes Some Run 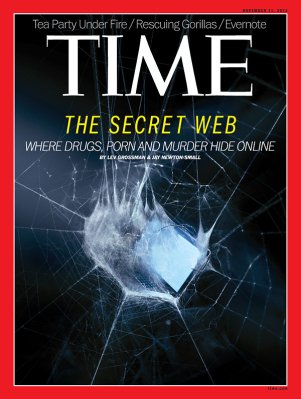 What Was Silk Road? Refresh Your Memory as Ross Ulbricht Goes to Trial
Next Up: Editor's Pick