Geena Davis is starting the Bentonville Film Festival, a festival designed to promote women and minority filmmakers that will be the only competition in the world to guarantee theatrical distribution for the winners.

The BFF is being co-hosted by WalMart, AMC, Coca-Cola, and ARC Entertainment, and the advisory board contains big names like Natalie Portman, Julianne Moore, Angela Bassett, Samuel L. Jackson, and Shailene Woodley. The festival will screen about 75 films in competition, and the films that win the Audience, Jury Selection and Best Family Film Awards will get a distribution agreement with a guaranteed theatrical release in at least 25 AMC theaters.

“I have been an advocate for women for most of my adult life,” Geena Davis said in a statement. “The Bentonville Film Festival is a critical component of how we can directly impact the quantity and quality of females and minorities on screen and behind-the scenes.”

Submissions will be accepted starting Jan 15, and the selected films will be announced in March. 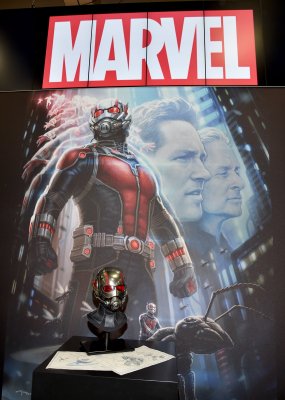 Watch the New Ant-Man Trailer
Next Up: Editor's Pick