When it comes to budgeting, we have good intentions—really, we do. It’s just that somewhere between the idea of keeping track of our money and spending within our means and the execution of that pretty important task, we fall short.

According to a new survey from Bankrate.com, 82% of Americans say they keep a budget. That’s up from just 60% in 2012. Sounds great, but we really shouldn’t pat ourselves on the back just yet.

When Bankrate asks exactly how people keep their budgets, it finds that about a third just scrawl it out on paper—and almost 20% say they budget just by keeping track in their heads. “Mental accounting is really unreliable and prone to mathematical mistakes and rationalizations,” says Claes Bell, Bankrate.com’s banking analyst. ” In survey after survey, Americans show a lack of basic knowledge about some critical issues.”

Bankrate’s survey finds that fewer than 40% of Americans have money for a $500 or $1,000 emergency like a medical bill or car repair. To pay for an unexpected expense, about a quarter say they’d cut back on their spending, 16% would hit up family or friends for a loan and 12% would load up their credit card.

“In part this is a reflection of the economic struggles many Americans have gone through since the Great Recession,” Bell says. “Many households simply haven’t had the ability to set aside an emergency fund.” But now that the economy is on the upswing again, he says we really ought to stop making excuses and trying to keep track of our spending by memory alone, in order to sock away a rainy-day fund.

“I do think people really underrate the importance of having a cash reserve on hand to cover emergencies,” Bell says. “For many, a financial downward spiral is just one emergency-room visit away.”

Bell says people should take advantage of websites or apps that help you make and stick to a budget. Not big into technology? Even a basic spreadsheet is a step up from pencil and paper (or relying on your memory). Using a computer lets you track your spending over time and save that information so you can go back to it later — because are you really going to save and file all those pieces of paper you’d be using instead?

Keeping track of your budget electronically also means you’re less likely to make a mistake in the math, Bell points out. “Also, some budgeting tools and apps allow you to connect their services to your checking accounts and credit cards so you actually see how your spending compares to what you budgeted, automatically and in real time,” he says. 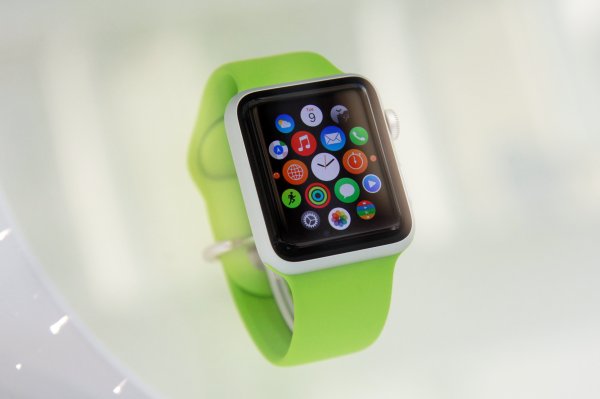 There Are 2 Huge Rumors About New Apple Products
Next Up: Editor's Pick