For Twitter, Potential and Reality Are Increasingly at Odds

The Twitter logo is displayed on a mobile device.
Bethany Clarke—Getty Images
By Kevin Kelleher

Twitter has seen its stock rallying lately, but not for reasons the company would like. On Jan. 6, it shot up 7% on rumors activist Carl Icahn was buying a stake. Right before Christmas, it also rallied 4% on another rumor CEO Dick Costolo would step down.

Costolo has outlined a long-term vision for the company, but it’s the rumors of the plans others have for Twitter that moves its stock higher. That’s because there have been two Twitters for a while–the premier publishing platform the company could be and the one that always seems to be falling short of that potential.

But here’s the thing: As time goes on, the world has less room for two Twitters. It may well be that when 2015 comes to a close, there will only be one. The only question is which one will it be? Twitter the success story? Or Twitter the falling star?

There’s no question which Twitter Costolo wants to see survive. Over the past several months, Costolo has been working on a plan to boost user growth and engagement, convert logged-out readers into monetizable users, and insert more ads into Twitter feeds without driving away users.

The pressure to deliver on these goals is on. After the resignation rumors, critics emerged to call for his removal, including a Harvard professor who dismissed Costolo as “a consultant.” But Twitter has seen a lot of reshuffling in its executive ranks, and further instability in its leadership won’t help.

Besides, it’s not clear who would do a better job at growing Twitter right now than Costolo, who understands the devilish balance the company needs to maintain in order to keep growing without driving away its core users–a process that requires time. Facebook had nine years as a private company before facing the pressures to grow profits (and its first post-IPO year was a bummer). Twitter had only seven.

The tension that divides the two Twitters–grow users, but also grow revenue by showing them ads–is one familiar to social networks. Push too hard on one and the other vanishes. Facebook succeeded by building an inimitable place for friends to connect in non-public conversations. But Twitter isn’t Facebook. Like the “microblog” it started out as, it’s closer in spirit to Web 1.0 publishing–that is, a one-to-many format, only on a much richer, social venue.

The problem is, many people are reading tweets without setting up or logging into accounts. Twitter reckons this passive audience is 500 million large. Still more could be drawn in if a Twitter platform made tweets a part of other mobile apps. Costolo has plans to address these issues, by making it easier for passive users to build profiles and create instant timelines, and by rolling out Fabric, a Twitter platform that developers can easily drop into their apps.

Twitter is also vowing to boost the percent of ads in a Twitter feed from 1.3% of tweets to 5%, which itself could boost annual revenue to $5 billion. In my own feed, I’ve noticed ads are as high as 7%, or one in every 15 tweets, although none have shown up yet in apps like Tweetbot.

Twitter is quick to caution that such figures aren’t formal estimates but mere projections of a potential. And there’s that potential Twitter again, the one that never seems to show up in reality. Costolo has made a credible case for more time to let his plans push Twitter closer to that potential growth. Transitioning to a new leader, or merging Twitter with Yahoo or Google, would only delay a transition that is already short on time.

Moving too quickly to push ads onto Twitter could also drive away more active users. And that would cripple the best part of Twitter–the public forum where events like Ferguson protests unfold online, where debates flourish, where strangers discuss sporting or television events, and where celebrities, politicians and–yes–investors connect with the public. If Icahn does amass a large stake in Twitter, he will probably announce it on Twitter.

So 2015 is shaping up to be for Twitter what 2013 was for Facebook: a make-or-break year. Facebook managed to win over investors by delivering on its promise for growth. Twitter is reaching a similar crossroads this year, and how well Costolo delivers on his vision will likely determine which Twitter is with us come 2016. 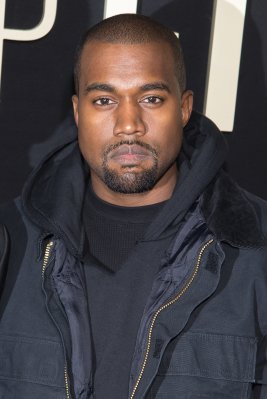 Some Kanye West Fans Don't Know Who Paul McCartney Is, Twitter Explodes
Next Up: Editor's Pick