Twelve people were confirmed dead after a shooting at the office of a French satirical weekly in Paris, police said on Wednesday.

A police spokesman told reporters the dead included ten journalists and two police officers, adding that five people were seriously injured. Earlier, Luc Poignard, a police union official, said two attackers escaped in two vehicles after opening fire at Charlie Hebdo. Witnesses said the gunmen headed to one of the exits of the city center, with the police in pursuit.

Rocco Contento, a spokesman for the Unité police union, told reporters that three attackers got into a getaway car driven by a fourth man on fleeing the building and drove to Port de Pantin in north-east Paris, where they abandoned the first car and hijacked a second – turning the driver out into the road.

The magazine was attacked with petrol bombs in 2011, a day after saying that the Prophet Muhammed would be its “editor-in-chief” for its next issue.

“About a half an hour ago two black-hooded men entered the building with Kalashnikovs (guns),” Benoit Bringer told France Info radio. “A few minutes later we heard lots of shots,”

This tweet by a French journalist appears to show the gunmen pointing their weapons at a police car outside the magazine office.

Later, French President Francois Hollande arrived at the scene. He told reporters that France had undergone “an exceptional act of barbarism committed against a newspaper” and was in “shock”.

“We will fight these threats and we will punish the attackers,” he said, adding that France was attacked because it was a country of freedom.

Witnesses said that the gunmen had called out the names of individual from the magazine. French media report that Charb, the Charlie Hebdo cartoonist who was on al Qaeda most wanted list in 2013, was seriously injured.

Former Deputy CIA Director Mike Morell told CBS This Morning on Wednesday: “This is the worst terrorist attack in Europe since the attacks in London in July of 2005. We haven’t lost this many people since that attack. The motive here is absolutely clear — trying to shut down a media organization that lampooned the prophet Mohammad. So, no doubt in my mind that this is terrorism.”

Morell continued to say that it was important to find the attackers and find out if they were connected to al Qaeda, ISIS or Syria. He warned: “You need to worry about copycat attacks not only in France but in the rest of the world, and I would even say in the broader world to include the United States. So that’s something that people are going to have to worry about in the next several days.” 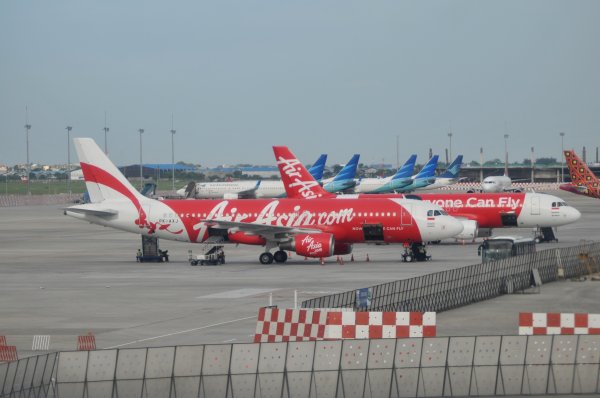 Row Over Budget Airlines Erupts in Indonesia After AirAsia Disaster
Next Up: Editor's Pick